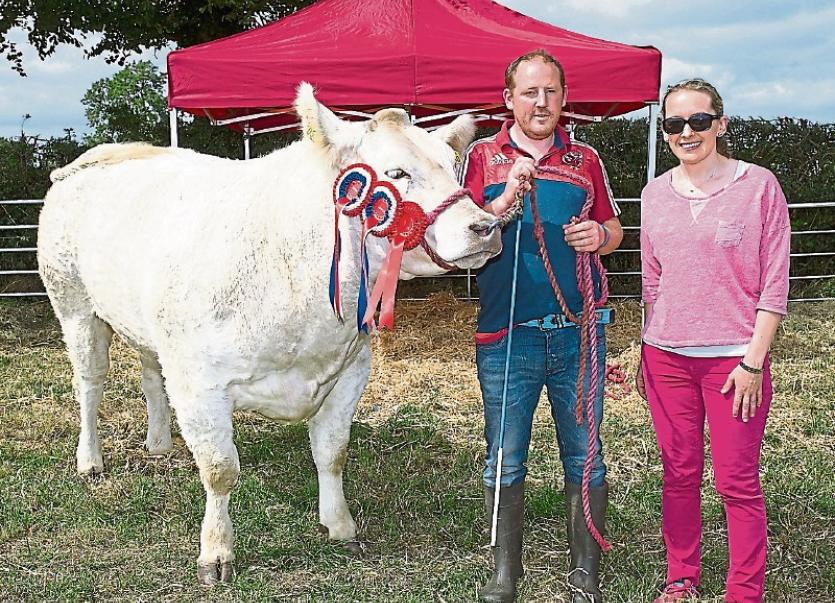 Thousands are expected to flock to the Newcastle West Show grounds at Ballynoe this Sunday as the show marks more than 100 years in existence.

“It is actually 101 years since the first show was held, in September 1917 in the Demesne,” vice-chairman Liam Ruddle said.

“It is a great achievement and I’d like to acknowledge and pay tribute to members of this community who have supported this show as committee members, volunteers, sponsors and participants for the past one hundred and one years,” he continued. “Without you, this show wouldn’t still be here today, and thriving the way it is.”

This year’s show promises all the best from the past but with a number of new elements.

“We are delighted that carriage driving, which was on the 1918 programme, is making a come-back a century later,” Mr Ruddle said.

Another new element this year will be the emphasis on local and artisanal food in the Limerick Food Experience tent where chefs Tom Flavin and Danny Doyle will give cookery demonstrations throughout the day and where there will be various food stands.

Zoltan the Hun, who wowed spectators last year with his skilled horsemanship and command of bow and arrow, axe and sword is making a return visit and Fear na Coillte will demonstrate his chainsaw sculpture prowess.

Entries in the different horse and pony classes are running high but special attention will certainly centre on the Munster Connolly Redmills Grand Prix while competition is expected to be stiff for the HSI Irish Sport Foal Qualifier. This year also sees the introduction of  a Retired Racehorse to Riding Horse Working Hunter Qualifier for Tattersalls in August.

Following the return of cattle classes two years ago, the committee is delighted that prize money of €10,000 has been ring-fenced for this year’s competitions. Another new feature is a Hound Show but the dog show will also take place and there will be sheep, goats, donkeys, miniature ponies to be seen as well as a vintage display of machinery and cars.

For children, there will be merry go rounds, a bouncing castle and face painting. The bonny baby and glamorous granny contest also feature on the very full programme. JCB Man Seamus Moore will provide music and there will be food stands and a bar.

A new traffic system has been devised for this year’s show, show PRO Griselda Williams has pointed out. Separate entrances for competitors and for visitors will be in place which will ease access to the site, off the Bruff line.

Gates open for visitors at 10am.

“Come early and have lunch at the show. Admission is €10 and children are free,” Ms Williams said. A big screen will also be in place for the World Cup Final at 4pm.

Meanwhile, the Broadford Summer Festival kicked off on Thursday with a Make-Over night in the festival marquee and continued on Friday night with headline act The Riptide Movement.

Accordion virtuoso Liam O’Connor takes to the marquee stage this Saturday night and at 1.30pm on Sunday the flag will go up for  the Broadford Races. Children’s events take place on Saturday.