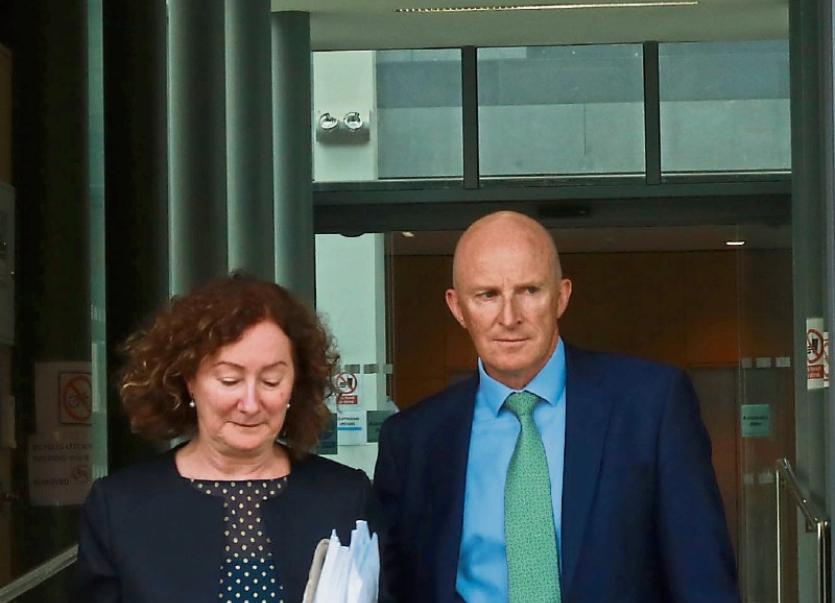 THE TWO mayors of Limerick have expressed disappointment in Irish Cement’s “laughable fine” over “fugitive dust” emissions in a residential area in County Limerick.

Last Friday, Irish Cement Limited was convicted of two counts of Section 4 of the Environmental Protection Agency Act, in connection with dust emissions in the Mungret area in April and May 2017.

Judge Marion O’Leary, presiding at Limerick District Court, fined the company a total of €1,250 for both fines.

Mayor of Limerick City and County, Cllr James Collins, who was present throughout the hearing with members of the Limerick Against Pollution lobby group, said that while he welcomed the court’s judgement, it highlighted “the David and Goliath task faced by residents, Limerick Against Pollution, and councillors like myself, in trying to stop Irish Cement from burning toxic waste in Mungret”.

He claims that the fine “equates to a few seconds of their profit”.

“I’m calling for new laws, with stringent fines for environmental breaches, fines which are based on a percentage of the company’s annual profits, and not some token fine that they pay out of petty cash,” he said in a statement this week.

“To see two fines of such paltry sums against a multi-million euro company like [Irish Cement] is an embarrassment to the court and shows a total disregard for the health and safety of the people of Limerick. It does however show that there were clear breaches by Irish Cement and that we need to see an overhaul of the EPA with more adequate resourcing.”

In a statement after the proceedings, Irish Cement’s communications manager Brian Gilmore said that it was “committed to being a good neighbour in the local communities in which it operates”.

“Irish Cement reiterates the apology it expressed at the time and regrets the inconvenience caused to its neighbours. The company has put in place a number of additional mitigation measures at the factory,” he said.

Solicitor Deborah Spence said that Irish Cement immediately apologised and “did whatever they could to make amends”. This included power-washing affected residents’ properties, she said.

On both occasions in April and May, eight residents made complaints to the EPA, expressing concern over “gritty” dust on car windows, garden furniture and solar panels, Limerick District Court was told.