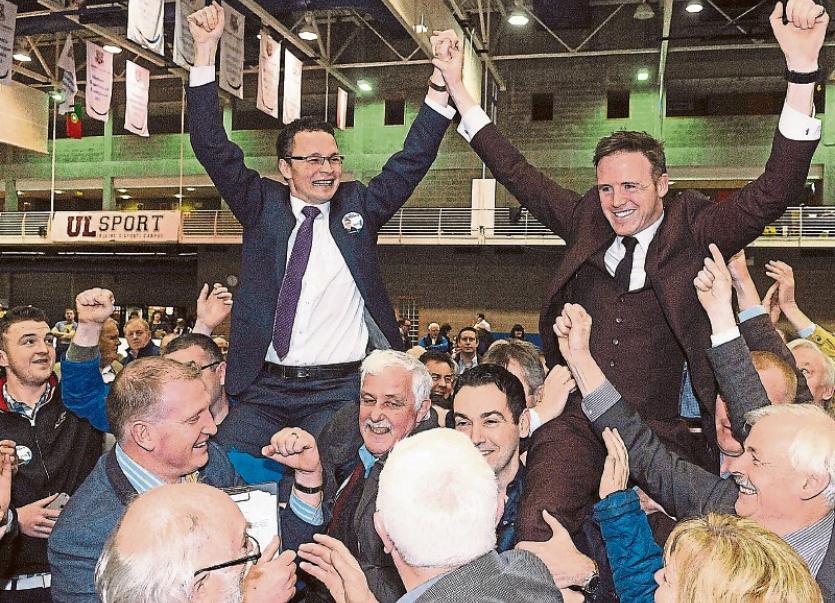 Cathal organised for specialist equipment to be delivered to Ennis-based diver Jim Warny. The two tested three DST regulators with A-clamp fittings, two universal weight pouches and a sidemount buoyancy compensator. These were used by Jim when he was part of the team saving the 12 boys and their coach.

Government Minister Patrick O’Donovan said: “This is absolutely fantastic for all in Cappamore and those involved in the rescue operation from the east Limerick community.”

Deputy Tom Neville said: “I’d like to commend all who are involved in the rescue of the school boys trapped in a cave in Thailand.

Minister O’Donovan said the whole world has been gripped by this saga.

“Today, it has a happy ending for the boys, their coach and their families following a mammoth operation with personnel from around the world which also sadly resulted in one death.

“To think that Cappamore - probably more renowned for the achievements of native son, John Hayes, on the rugby field for Munster and Ireland, and Cappamore’s successful tradition on the GAA pitch, has played a key role in the rescue operation is phenomenal.

“I want to say well done to Cathal Mullane and all involved in Cappamore with their assistance to what occurred in Thailand. Cappamore is certainly on the worldwide map this week and all there fully deserve it,” said Minister O’Donovan.

Deputy Tom Neville said it is with pride that he congratulated those involved from Cappamore and Ennis for their “gallant reaction and selfless actions in getting equipment and using their knowledge and skills in aiding the rescue”.

“Again we see people such as these who are called upon in a time of great need rising to the challenge and I very much thank them for what they have done and recognise them as well for their heroic deeds.

“To think that a small village in County Limerick such as Cappamore has done its bit in a worldwide rescue operation that has been top of the news agenda on every channel globally just shows no matter how far away, we can always make a difference,” said Deputy Neville.