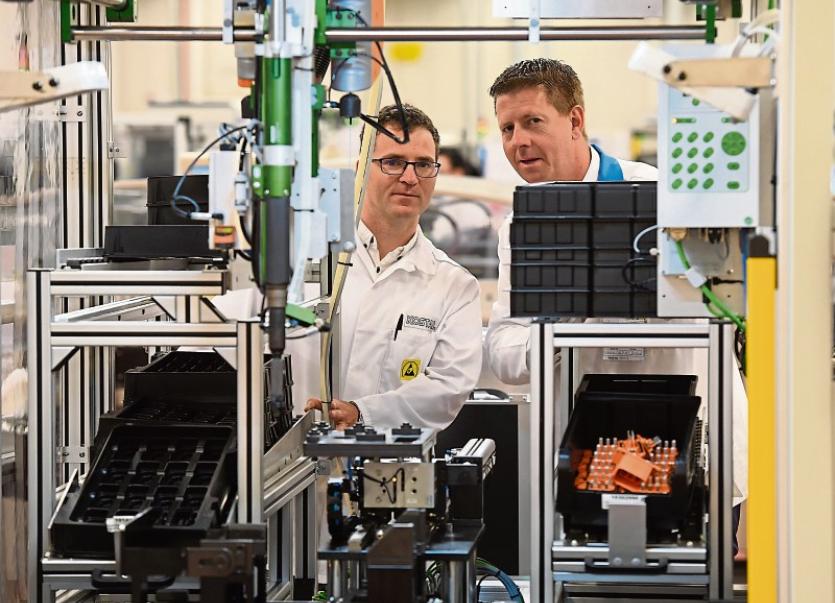 AUTONOMOUS robots could help Ireland to lead the way in manufacturing, as a Limerick-based company announces major funding for a two-year research project focused on developing the assembly lines of the future.

Funding for the project, to be led by IT Tralee working with the University of Limerick, is being backed by Science Foundation Ireland.

“There is a common misconception out there that Ireland, because of its high cost base, cannot be a manufacturing centre,” lead researcher Dr Joseph Walsh said.

“The reality is that the development of increased automation technologies such as this Kostal programme can drive the creation of more profitable and efficient manufacturing in Ireland.”

These AIVs are to be known as KostalRovers, he added.

“These will provide the flexibility to independently distribute work across lines to better manage volume fluctuations and multiple products compared to the traditional fixed linear production line,” he added.

A primary focus of this research will be to meet the challenges associated with the safe navigation of 20 or more AIVs on a single manufacturing floor, according to Dr Thomas Newe, Lero researcher at UL.

“It will require adoption of the latest automation technologies such as Industry 4.0 and the Internet of Things (IoT).”

To achieve this, the project will include the sourcing and development of cost effective mobile autonomous adaptive systems capable of remote, robotic and autonomous operations.

The second strand of research will include advanced data analytics, machine learning and scheduling using data from an array of sensors with a view to performing multi-modal predictions for the AIVs.

Science Foundation Ireland Director General Professor Mark Ferguson added: “Programmes such as this will boost the knowledge base in Ireland in the important area of flexible autonomous systems, which will ultimately bring economic benefit.”

“Lero, the Irish Software SFI Research Centre combines the expertise in sensor research in IT Tralee and machine learning from the University of Limerick to address the needs of the autonomous systems community in Ireland.”