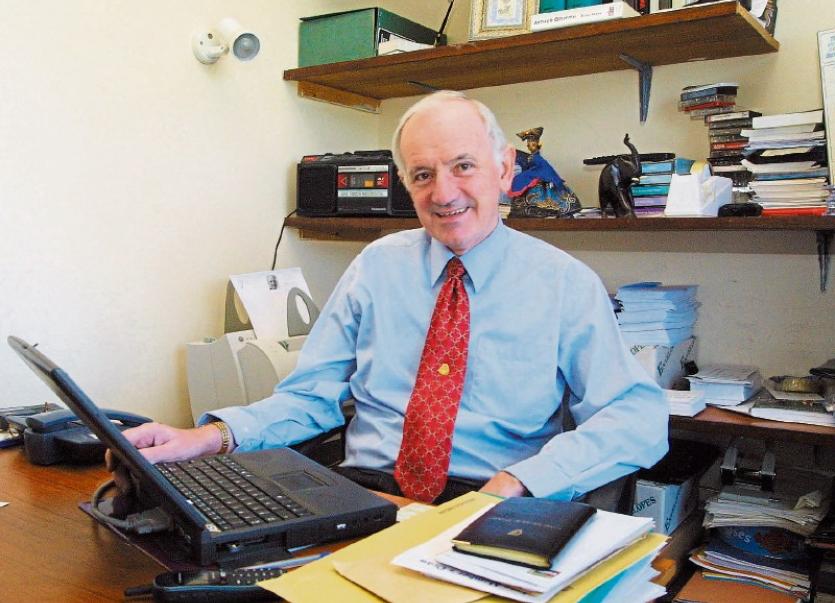 Dan Neville fought hard to get suicide decriminalised, but he believes a lot of work is needed to help people connect with mental health services

Last year official deaths by suicide was 392. In 1992, the year before suicide was decriminalised the figure was 311.

On the first July 1993, 25 years ago this week, President Mary Robinson signed into law a Bill to decriminalise suicide. 1993 was a different time in Irish society when suicide was the ‘silent taboo’.

The decriminalisation of suicide followed a three year campaign in Seanad Eireann that suicide and attempted suicide was a public health and not a criminal issue.

As a member of Seanad Eireann at that time, I introduced a motion on the order paper requesting the Government to allow a debate on this. The debate was not granted. It would be unheard of at that time that such a taboo subject would be accepted. Irish society did not discuss in any form the delicate issue of suicide and attempted suicide.

Suicide was decriminalised in France in 1898 and in the UK in 1961. The last person to be charged in Ireland for attempting suicide was in 1967. Ireland was one of the last western countries to treat suicide as a crime.

I pursued the matter and decided to research a private member’s bill. On 10th June 1991, I presented a private member’s bill in the Senate to decriminalise suicide. I proposed the bill in the Senate on 27th November on the same year. The Minister for Justice responding to the bill, Mr. Ray Burke TD stated that he would introduce a bill to decriminalise suicide within two weeks. My bill was defeated by 24 votes to 16.

The government’s proposed bill was not published as promised or in the following year, 1992.

On requesting on numerous occasions in the Seanad, there was no indication as to when it would be published. Therefore on the first of October 1992, I presented another bill to the Seanad, the Suicide Bill, 1992 which was identical to the previous bill. This was not debated as it lapsed with all proposed legislation on the dissolution of the Dail and Seanad in November 1992. Despite the formation of the new government no progress was made to introduce a bill decriminalising suicide. Therefore I introduced a third private member’s bill, The Suicide Bill 1993 in March of that year.

The President of Ireland signed into law an act to decriminalise suicide on 1st July 1993.

This was one of the first steps in Irish society recognising that suicide and mental ill health were serious public health issues. It was the beginning of the long road in removing stigma from suicide, self-harm and mental illness, a journey that continues

I continued to use my position during my time as a member of the Oireachtas to highlight the need for support for services. In 1995, I joined with Dr. Michael Kelleher who proposed to the Minister for Health, Mr. Michael Noonan TD that an expert group be set up to report on suicide in Ireland. The minister set up ‘The National Task Force on Suicide’ which published its report in 1998 with 88 recommendations.

The opening up of the discussion on suicide prevention led to the formation of Non-Government Organisations in raising of an understanding the complexity of mental illness and suicide. In 1996, I joined with two eminent psychiatrists, the late Dr Kelleher and Dr. John Connolly to form the Irish Association of Suicidology to provide singular, authoritative, topical, safe locally contextualised information and advice to all involved in the prevention and containment of the harm arising from suicide and self-harm.

This is important as the silence around the experiences of mental illness inhibits the removal of stigma. Stigma acts as a barrier to people seeking help.

They do not understand the suffering and illness involved and rely on myths and misconceptions.

Discussions around suicide is important. It should be done in a way that informs. It is important that such discussion does not “normalise” the taking of one’s life.

The bereaved of suicide face unique challenges that are different from other deaths. In addition to the inevitable grief and disbelief, guilt, confusion, rejection and anger are also present.

These feelings are normal in the circumstances. There are excellent suicide bereavement supports which are of great assistance to those travelling that sad and tragic journey.

Those who die by suicide do not want to die, but they just cannot bear to live in the terrible pain that their illness is causing them. It is important that people hear this message. Their life becomes too painful.

Society and the services must move to a place where those in such a terrible place seek available assistance.

Suicide prevention and fully supported services for those suffering from mental difficulties must be a priority. Early psychiatric and psychological intervention will yield 90% cure. Late intervention may lead to difficulties for life.

It is not acceptable that any person, especially the young to wait for months or years to obtain treatment. This will limit the suffering and distress of the people and their families which cannot be over emphasised.