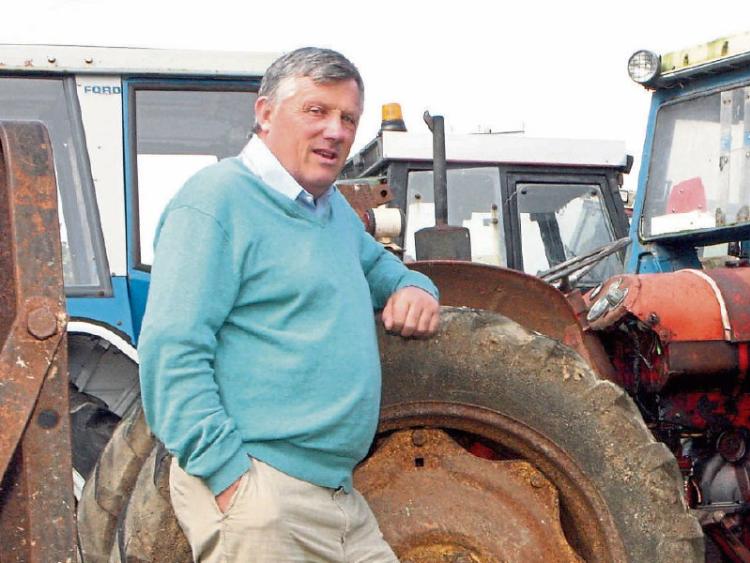 “I have bad news for you. You have cancer.” These are the words from a doctor’s mouth we all fear but many, sadly, have to face.

Former councillor, prominent dairy farmer and ICMSA member, John Egan has opened up about his battle with cancer of the oesophagus. It is a rare form of cancer. He never smoked.

The Murroe man spoke to the Leader to praise the oncology department in University Hospital Limerick and vows to contest next year’s council elections.

At the back end of 2017 he says he had trouble swallowing food. There was slight pain but not much and he wasn’t more tired than normal.

The new year dawned and as it was getting worse he went to see his trusted GP - Dr Pat O’Dwyer in Cappamore in February.

Doctor’s orders were a quick referral to Bon Secours Hospital Limerick at Barringtons for tests. A sample was taken from his oesophagus under local anaesthetic and John was told the results would be back in March.

“I said to the doctor, ‘What kind of news do you have for me?’ He said, ‘John, I have bad news for you, you have cancer. I don’t know how bad it is’,” recalled John.

It was a shock, he said, but a plan was immediately put in place. John went to Mercy University Hospital in Cork for more tests in April.

“The doctor showed me where the tumour was. He said we have to shrink that with chemo and radium and I have to go for an operation in August. The good news is that it was stage 2 cancer, going on stage 3. If it was stage 4 it would be desperately serious,” said John, who is married to Theresa.

On Monday, May 21, he presented himself in the oncology department of University Hospital Limerick to commence his treatment.

“I had chemo every Monday and radium every day. I finished it on June 21. It is 24 days in total. The chemotherapy is four and a half hours - they inject it into you. You do feel very extremely tired after it. I was very lucky, some people aren’t able for it at all,” said John.

As a layman who was in and out for a month to the oncology department he said everything was “so well organised”.

“I thought it was brilliant. I want to compliment them on the efficiency in which the oncology unit is run. There are two sections - the chemo department is run by UHL and the radium department is run by the Mater private. Chemo is the left door and to the right is radium.

“They work together hand in glove. In my ordinary man’s experience, I’m not qualified to speak in medical terms but from my observations it is so well run.

“The caring approach of the people behind desks, receptionists, technicians, nurses and doctors is incredible. The kindness of them - you have to see it to believe it,” said John.

“We are lucky to have the facilities in Limerick. I met people coming from Kerry, Tipperary and Kilkenny who have been coming there.

“I have to thank JP McManus for his funding there. I met him and I thanked him for the work he has done when the Freedom of Limerick was conferred on retired Detective Garda Jerry McCabe last week,” he continued.

As anyone who knows John will testify, a smile and a joke are never too far away and he is in good form.

“I’m in good spirits. The doctor said you have to be very positive, mind your health, lots of walking, be physically fit for the operation in August and drink the world of water.”

From the minute John was diagnosed he told everyone he met that he had cancer.

“I’m glad I did that. The amount of support and uplift you get from people who have experienced cancer and from their families, who have had cancer, is very helpful.”

Along with his wife and five children, John has got great support from people in his parish of Murroe-Boher, across the county, the ICMSA and from councillors and TDs.

“What is motivating me is to have good health to face the convention at the back end of the year. It will take me a couple of months to recuperate from the operation in August. But if my health is right I’ll be going again. I’d love to represent the people of Cappamore-Kilmallock.”

The best advice John got from a cancer survivor was, “Be positive, fight it and get on with it”.

And that is exactly what he is doing.