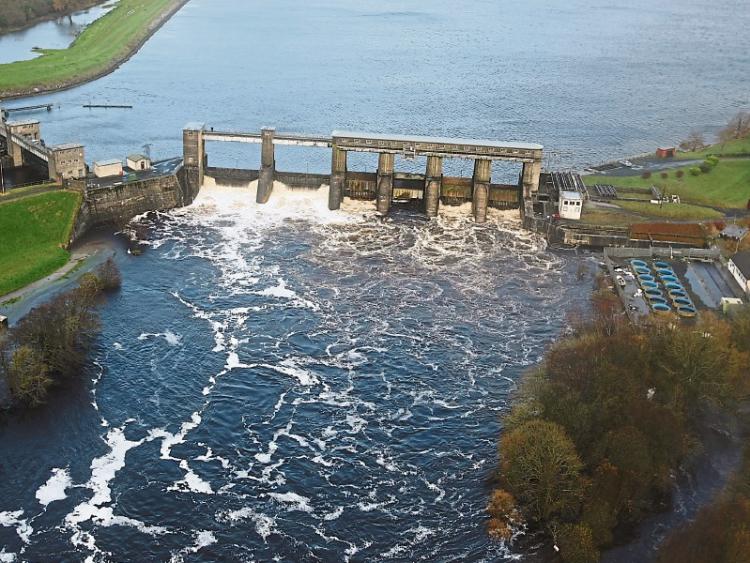 The weir at Parteen: Irish Water has said the plans will not impact drought in the region

IRISH WATER has said its €1.3bn plans to send 330 million litres from Parteen to Dublin every day will not impact drought in the region, despite several Limerick communities being at-risk of drought during the one of the most significant heatwaves in recent memory.

And it emerged this Wednesday that the situation is so bad that the whole country has been put on a hosepipe ban in order to preserve water supply.

Last week, the Limerick and Clare region peaked national temperatures as the mercury rose to a scorching 32 degrees, just a degree short of the national record in 1887.

As a result of the lengthy hot and dry spell and water in high demand, a long list of communities in the county were on high alert as being at-risk of drought, with water restrictions being applied in a number of villages overnight.

The rare conditions also meant that Limerick Fire Service—and the Irish Air Corps on one occasion in Anglesboro—was kept busy tackling a myriad of grass, gorse, farm and forest fires over the past week.

Irish Water projects that 330 megalitres—330 million litres—will be abstracted from the Parteen Basin on a daily basis and will be transported to Greater Dublin Area. This, according to the utility, is just 2% of average flow into Parteen Basin.

The Leader asked Irish Water if the project would impact on Limerick’s water supply in the event of a drought. A spokesperson said that “no change is being sought to the operating conditions which underpin angling, navigation, and tourism on Lough Derg, Parteen Basin or upstream on the Shannon system. There will be no impact on water supplies in Limerick as a result of this proposed project”.

He added: “The Ardnacrusha hydro-power plant already regulates the lake levels and river flow. The proposed abstraction of water is, in essence, an abstraction from the hydro-power plant and would effectively come from water which is currently used in hydropower generation, and subsequently discharged to the tidal estuary.”

Councillors at the environment strategic policy committee on June 26 questioned if Irish Water had considered the effects climate change will have on the project.

In a statement to the Leader, Irish Water said that it will include climate change in its Environmental Impact Assessment Report.

The country has been warned of a month-long hosepipe ban, coming into effect this Friday at 8am and will conclude at midnight on Tuesday, July 31. This ban applies to domestic premises.

Nightly restrictions remain from midnight until 6am in Pallasgreen, Herbertstow, Knocklong, Hospital and Oola.