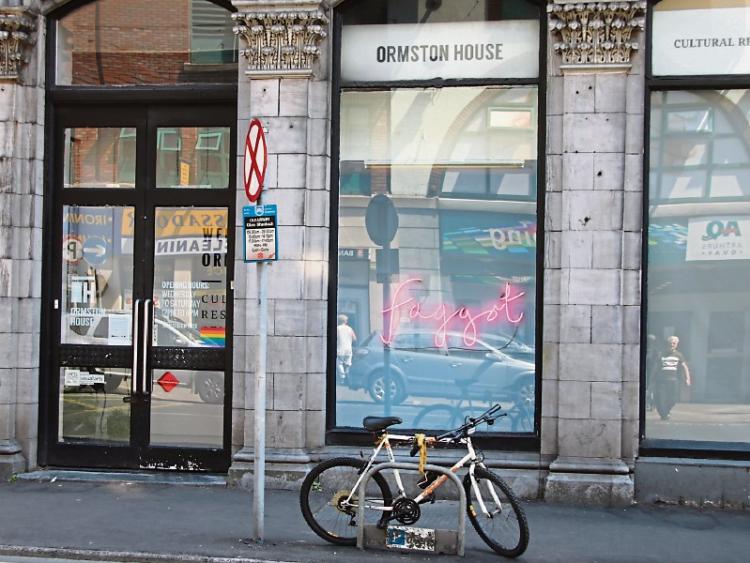 THERE has been much confusion and puzzlement at a large pink, flashing neon sign emblazoning the word ‘faggot’ from inside Ormston House in the city centre this week.

But behind the luminescent slur is a film premiere to mark Limerick Pride this weekend at the popular cultural space on Patrick Street.

The 22-minute film Far From The Reach of the Sun, directed by Kevin Gaffney, is set in a near future where a government-funded drug Setyr-X allows people to be sexually satisfied in ways that were not previously in their nature.

Though the film is largely “camp” with a touch of humour, the director wants viewers to engage with the short in a personal way, in view of the Church’s role in society, LGBT mental health and the rights of people in the community.

“A lot of my work is camp. And, I guess, camp is a way to deal with difficult topics and using humour to reveal the darker underbelly of those things,” he told the Leader this Thursday.

He alludes to this dark underbelly through archival footage of a gay- and lesbian-run church in Manchester in the 1990s and the treatment of the LGBT community by medical professionals.

The film also reflects the effects of isolation and homophobia has on the characters.

“In Ireland, we have made so much progress with LGBT rights and I think the country should be very proud of itself. But there’s still a lot of issues around mental health treatment and the Church’s role in society still needs to be criticised, and what about its historical actions. And in terms of rights, we still have a lot to do. So I guess I would like people to just give it time to engage with it on an emotional and personal level.”

And while the ‘faggot’ sign is a significant prop in the film, the director and Ormston House were able to put it to good use in the public domain. 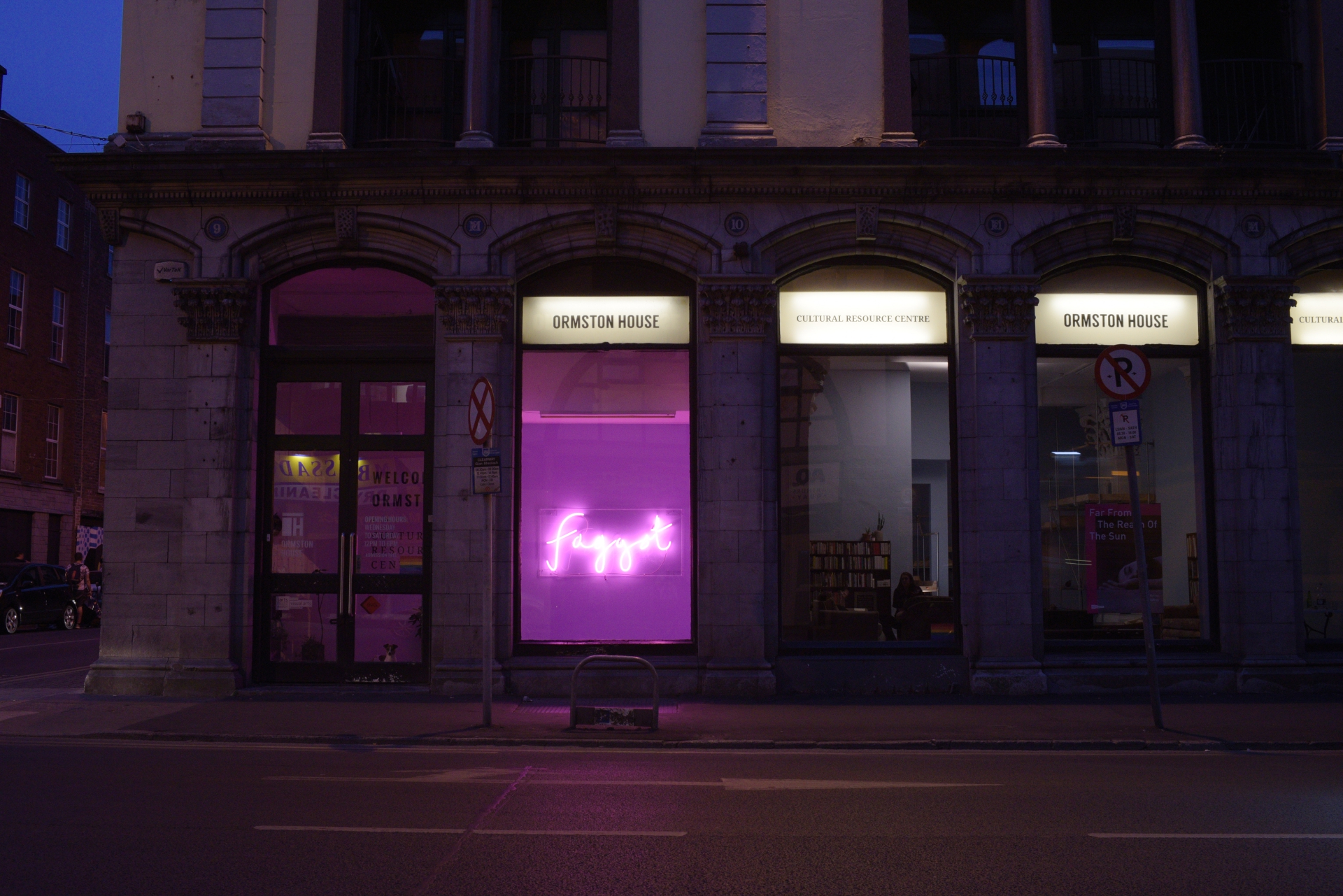 Mr Gaffney said he spoke to co-directors Mary Conlon and Niamh Brown “in detail” on how they could use the sign and “to think of every way it could be interpreted”.

“It is a slur used against the queer community often, and it still has its use in bullying in school, and personally at me also while I was growing up. For me, it’s trying to reclaim that word. ‘Queer’ has been reclaimed mostly successfully, I think. And it’s about taking the power out of that word and make it ours again. Even though it was never really ours. If people are going to call us that, let’s take it back away from them.”

Mary Conlon said there has been positive reaction to the sign.

This is the first time Ormston House has hosted an artistic piece to celebrate Limerick Pride. Kevin Gaffney’s film will be screened from 12pm to 6pm until this Saturday.