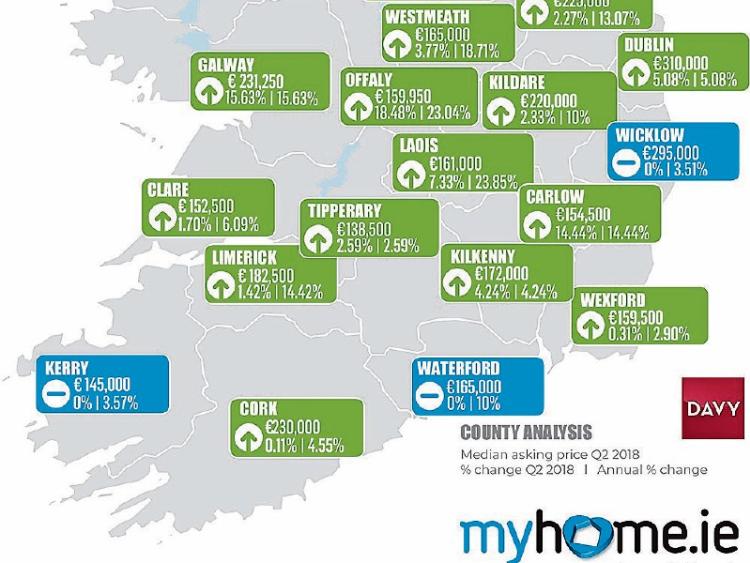 Average asking prices for three-bed semi-detached houses have risen in Limerick to over €180,000 – an increase of 14.4 percent since the same time last year

PROPERTY prices in Limerick have risen by over €20,000 in the last year, according to a new report by MyHome.ie and Davy.

The report for the second quarter of 2018, March to June, shows that the median asking price for a Limerick property now stands at €180,000.

The rise in prices has been reflected in the asking prices of a three-bed semi-detached house, which is seen as the typical stock home.

Asking prices for this house type in Limerick are at their highest level since Q3 of 2010.

Meanwhile, the latest Daft.ie report showed that in Limerick city, prices in the second three months of 2018 were 7 percent higher than a year previously. It’s a slow-down in growth: last year recorded an increase of 15 percent.