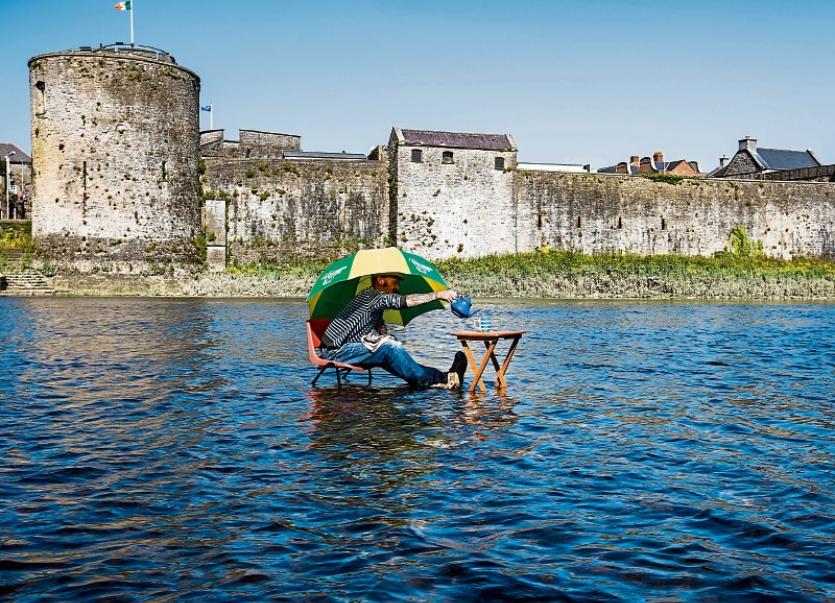 Paul “Daigo” O'Driscoll cooling off with a cup of tea on the Shannon n front of King John’s Castle Picture: Kieran Ryan-Benson

AN off-the-cuff remark about drinking tea on the Shannon prompted three Limerick men to set about creating a remarkable photoshoot that has created quite a stir online.

Under 30 degrees heat last Friday, local performance artist Paul 'Daigo' O’Driscoll remarked that he would love if he could put a table and chair in the middle of the river and sit out there having a cup of tea. 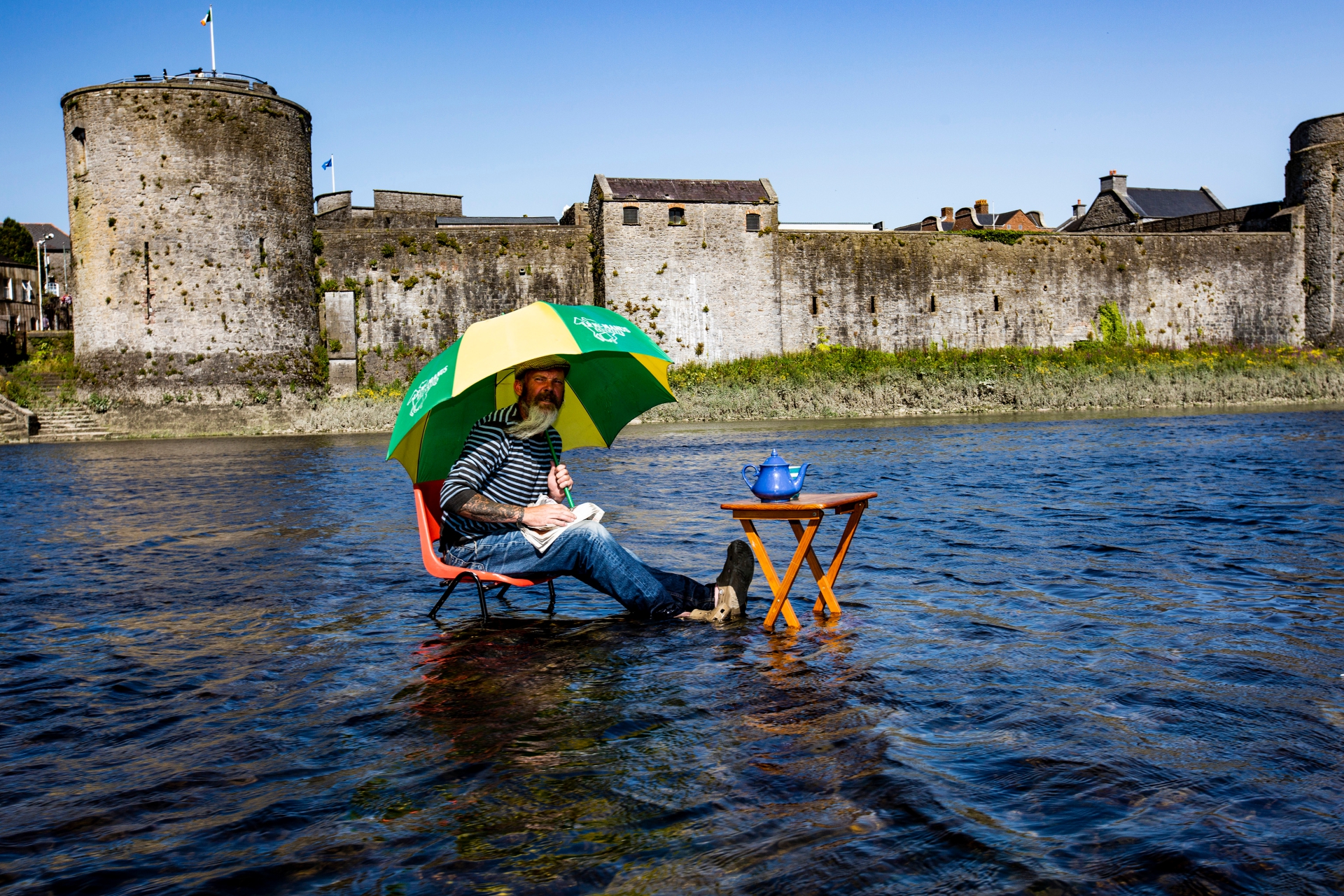 One thing led to another and Daigo’s friend photographer Kieran Ryan-Benson from Pallasgreen, who also works in event management, agreed it would a fairly special thing to be able to do.

But a third man was needed to make it work.

Tony 'Sparrow' Daly used his traditional 23ft–wooden Angling Cot to get both Daigo, Kieran and the furniture on and off the river safely.

Once Tony was happy with Daigo’s position on the riverbed he returned to the Boat Club to pick up Kieran and they paddled back up on the incoming tide. 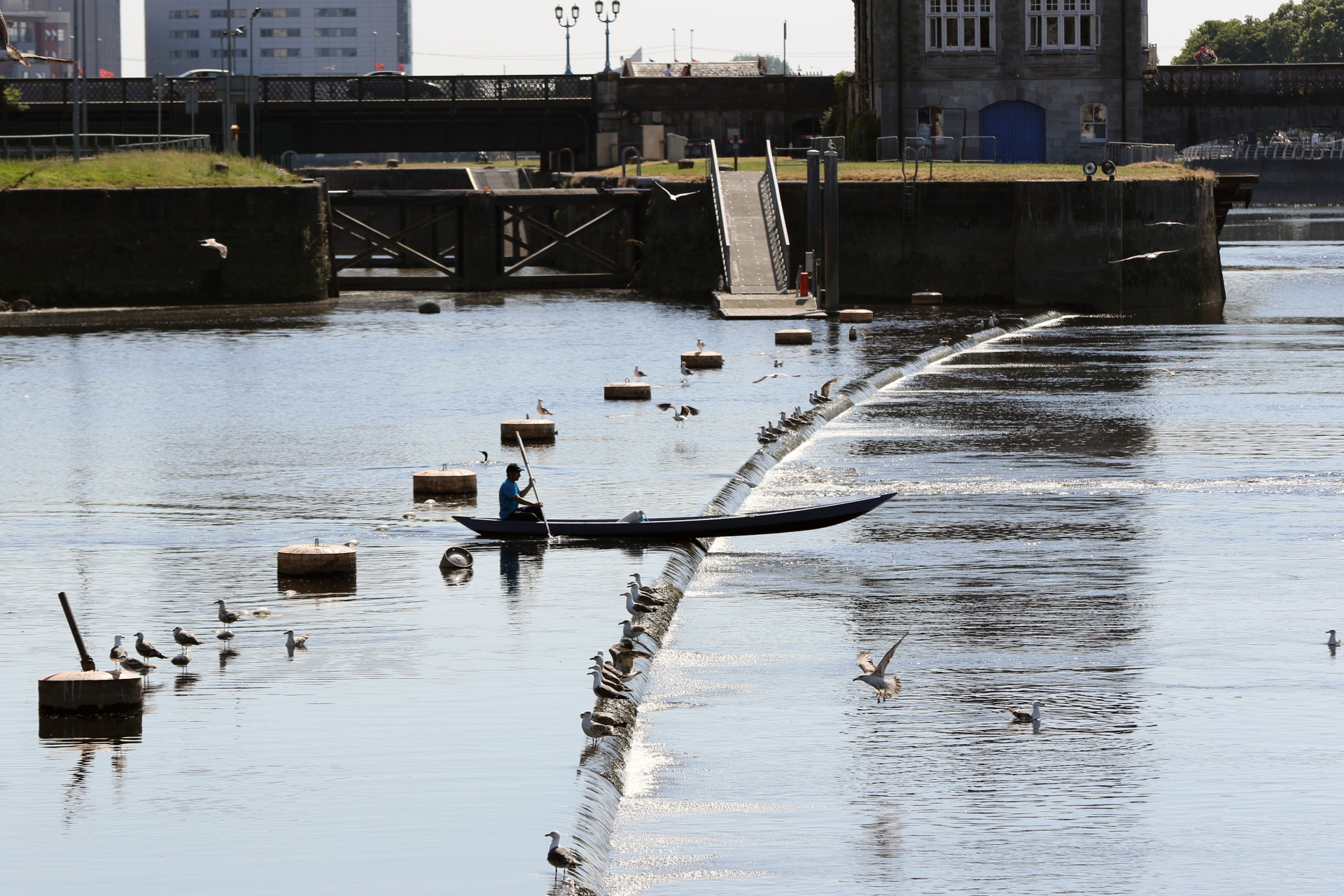 In the short time it took Tony and Kieran to get to Daigo there were lots of cameras clicking away as a large crowd of mainly tourists had gathered nearby to capture the moment.

The whole operation took less then an hour but it has lead to Daigo becoming receiving calls and messages from as far away as Boston since some of the photographs appeared.