Pride festival set to give Limerick city a splash of colour 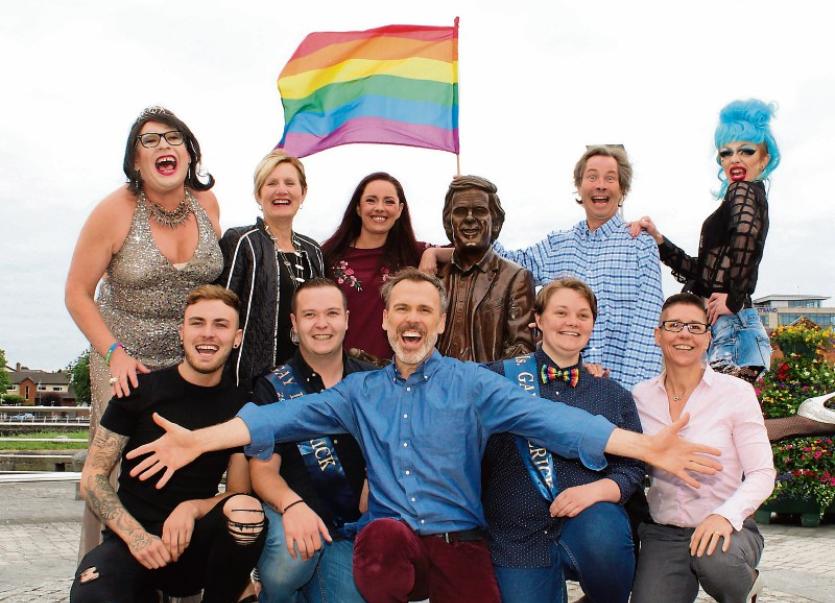 THERE is once again a huge line-up of events this week as Limerick Pride takes over the city.

From now until Saturday, July 7, a variety of events will be held across the city, culminating in a massive parade on that day.​

The night before the parade, a Limerick Pride youth party will take place at Lava Javas Youth Cafe in Lower Glentworth Street from 6pm to 9pm.

Presented by Limerick Youth Service and GOSHH, young people from Limerick and beyond are invited to enjoy music and meet new people.

Later that night, the now traditional ‘T’was the night before Pride’ party will take place in Mickey Martins from 9pm to 1am.

Then all eyes will focus on the Saturday parade, gathering outside City Hall at 1.30pm, and kicking off from 2.30pm sharp up O’Connell Street, across across Mallow Street to Henry Street, past Arthurs Quay Park and ending at the Hunt Museum.

At the museum, PrideFest 2018 will take place.

It’s a free family-friendly event with a free bouncing castle for kids, cone van, cafe and bar on site, live music from the Voice of Ireland star Emmett Daly and Cork duo Sparkle.

That night after Pridefest, for the first time in Ireland, Lasgo vs Ian Van Dahl Battle Tour will headline the Pride Climax Party in Dolan’s Warehouse from 9pm.

The Leader correspondent Richard Lynch will lead the 2018 pride parade this year as Grand Marshal.

He said: “Pride means the world to me and I am incredibly proud of the progress we have made as a community. I am beyond honoured to be asked to be the Grand Marshal as this Pride is set to build on the success and positive energy of previous years festivals, promoting community spirit, community engagement, and celebration.”

This year's Pride will have an educational aspect. Support meetings will be held during the week for youth, adult and trans groups.

GOSHH at 8 Davis Street will provide Rapid HIV testing at different points in the week.