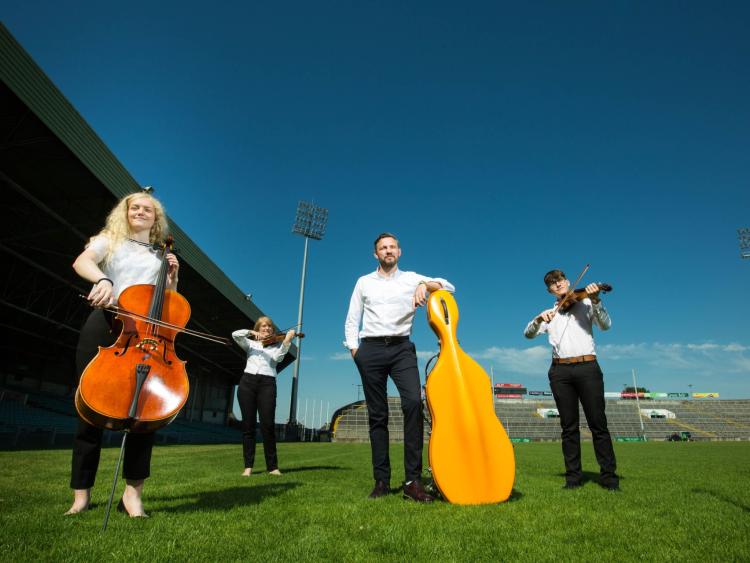 Limerick symphony: Andy Lee launches Symphony for our World at the Gaelic Grounds with members of the Irish Chamber Orchestra Picture: Sean Curtin

LIMERICK’s Gaelic Grounds will host a massive National Geographic international symphony in September in what could provide a €6m boost to the local economy.

On Saturday, September 29, Symphony for our World is coming to the home of Limerick GAA at the Ennis Road, it was confirmed this Tuesday morning.

The show was a sell-out when it played across America, and is making its European debut on Shannonside. The Limerick Leader is a media partner.

The 90-minute "immersive experience" will be presented on two of the largest high-definition screens in Europe, with the material made up of 130 years of National Geographic archive.

From ice diving foxes in Canada, to hammerhead sharks moving through the Indian Ocean, the footage captures a world that few will ever see in real life.

The show is being produced in Ireland by Limerick production company CWB, and it i predicted that it will bring in an economic boost of €6m.

Gaelic Grounds chairman Paul Foley said: “This very special European premiere with the world-famed National Geographic will be an amazing and historic event for the venue. We’re certain this must-see show will thrill Limerick audiences.”

Eanna ni Lamhna, a well-known environmental commentator and wildlife enthusiast added: “The musical performance enhances the whole experience. Marking footage like this is becoming more and more difficult as we humans continue to over-exploit the planet we all share.”

Tickets, which will cost from €59.50, will go on sale this Friday, at 9am from www.ticketmaster.ie and all other ticket outlets.