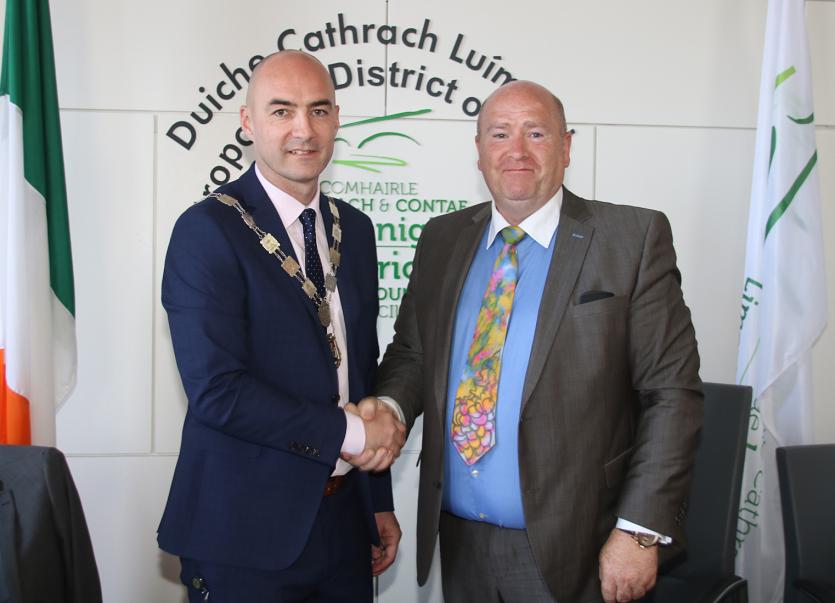 DRUGS education worker Daniel Butler has been elected as Mayor of the Metropolitan District of Limerick.

The Fine Gael councillor, who succeeds Cllr Sean Lynch in the role, was nominated by party colleague Michael Hourigan and seconded by Fianna Fail’s James Collins.

Just one other candidate was nominated – Cllr John Costelloe of Sinn Fein.

But Cllr Butler won 12 of the 20 votes available, with Fianna Fail backing Fine Gael as part of a grand coalition put together to control the council in 2014.

Absent from the meeting were Solidarity councillor Paul Keller, while his party colleague Cian Prendiville abstained.

He said he will focus on a number of issues including developing a city centre strategy, connecting youngsters to politics, with an initiative called ‘Mayor for the Day’, affording them a chance to be first citizen for the day.

'Ah, thank God that's over': The first pic of @DanielButlerFG in the chain of office of Limerick's metropolitan district. #LimerickMayor pic.twitter.com/EYSXTBBQoO

The new mayor was joined by his family and friends and many political supporters at the occasion of his election including his mum Bernadette, the wife of the late councillor Richard, who served a term as Cathaoirleach of the former Limerick County Council. Former Finance Minister Michael Noonan was also present.

The mayor of Limerick City and County Council will be elected on Friday afternoon at the AGM of the local authority.

At present, Cllr James Collins, Fianna Fail, is the agreed candidate for the grand coalition.