Charleville Show is a sizzling success as 20,000 lap up sunshine at two day event 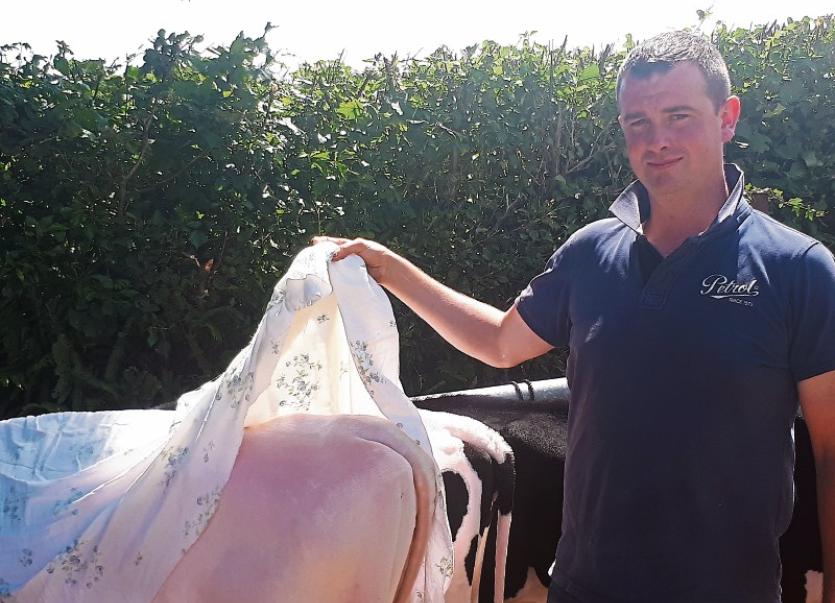 “THE STAFF here are talking about farmers putting suncream on cows during the heatwave - now that would be a photo!”

So came the text from a story-hungry former colleague in a national newspaper which prompted a colourful discussion in the Limerick Leader newsroom. Some said it couldn’t be true, others were open to persuasion.

With the Charleville Show penciled in on my diary for last Saturday afternoon, I knew it would be the perfect place to put all bets to bed.

By 2pm on Saturday farmers from Cork, Kerry, Tipperary, Offaly, Galway and of course Limerick were perusing the best cattle flesh in the land at the showgrounds at the Pike Cross, Ballyhea.

Michael Larkin from Killeedy was just one of 20,000 men, women and children to make their way to the 39th Annual Charleville Show over Saturday and Sunday.

Michael was accompanied by nine-year-old Beanne, (a Sligo name - her mom comes from Mayo and her mother again was from Sligo), Isabella, 5, and Jesse who celebrated his third birthday this Wednesday.

“We have been coming here for a number of years. We are farmers of course so that’s why we are in this corner. We’d be into breeding at home - not show cattle but that’s why I would have a special interest in the cattle,” says Michael while I consider running the risk of utter embarrassment by asking him about the cow sunscreen.

Over to his right, a peculiar sight catches my eye. Four legs peep out from under a floral cotton sheet.

Daniel Curtin from Listowel is standing at the cow’s rear end. And he has the look of a man that knows a thing or two about farming. “We were first, second and third in the January calf class. I come here every year,” he explains.

“And is it true that farmers put sunscreen on some cows in this heat?” I ask the Kerry man, straight out.

“And they actually burn?” this reporter inquires.

“They do, yeah, as you can see,” he says, lifting the sheet back to reveal the cow’s behind. “Pure pink,” he goes on, in his thick Kerry lilt.

“The white ones burn. The black ones wouldn’t burn as much. She’s a Holstein.”

I make my way to the Fun House where there’s everything from the high flying chair rides to the more easy going zorbs. The tantalizing smell of hot dogs, chips and burgers from a range of food carts wafts through the air as families slake their thirst and sate their appetite in the open air seating areas.

Brian Frawley has travelled from Croagh with Pat, 7, and Orla, 8.

Pat is just after getting an ice-cream and is quick to point out how he is following the World Cup and thinks England, Spain or Brazil will take the title.

Orla, 8, supports the Limerick hurlers and is wearing her green and white jersey as proof.

“We have been here a good few years,” says Brian. “We come to see the cattle. I’m a farmer myself. I come for a day out with the lads - it’s just for the interest and looking at all the different breeds.”

More families again attend on Sunday where the dog show and country singer Michael English is the big draw.

“Sunday is always the bigger day. It has been absolutely excellent. Michael English drew a great crowd - they were dancing in the field. All the horse events were very popular and the one thing that’s a great draw is the dog show. They come from all over,” said Thomas Blackburne, chairperson, Charleville Show of another show well done.