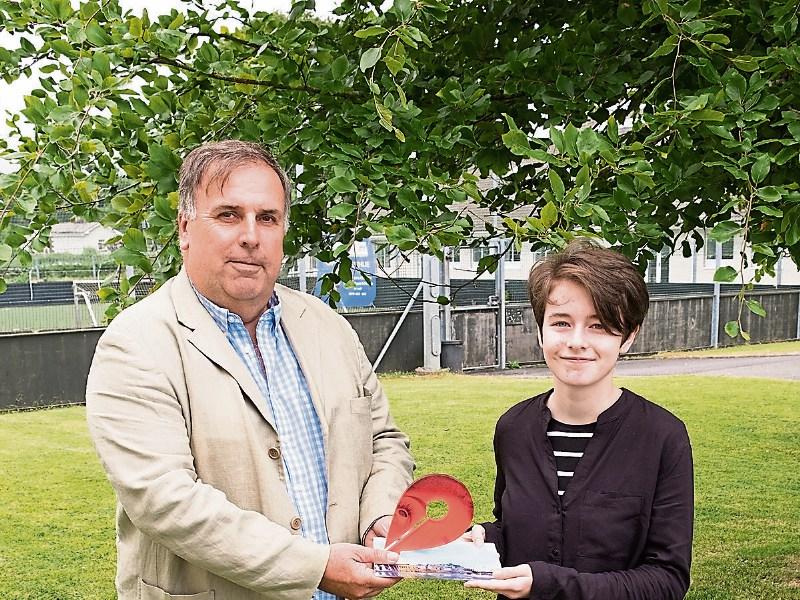 A 13-year-old Limerick student has won a national travel writers’ competition at the Immrama Festival of Travel Writing.

Ella O’Rourke, a pupil at Coláiste Chiaráin, Croom, wrote an 800-word short story titled ‘Taking Flight’ for the competition. She was the overall winner of the junior category, which is open to students from first to third year.

The competition, which is aimed at discovering Ireland’s best young travel writers, received over 300 entries from schools across Ireland. The young writers were invited to write an 800-word short story about their favourite air journey and where it has taken them.

“This year's competition was highly competitive, especially in the junior category,” said one of the competition judges, Phil Cottier.

“We were thrilled at the quality of the storytelling and we thank all the teachers who encouraged the students to write such compelling stories and enter this year's competition.”

Ella has won an iPad Mini and an Amazon voucher. The winning stories will also be published in the upcoming issue of the Aer Lingus in-flight magazine Cara.

The judges for the 2018 competition were Stephen Kavanagh, CEO Aer Lingus, Vickie Stevenson, Director CX EMEA at Airbnb, and Phil Cottier, CEO of The CX Collection.

The sixteenth annual Lismore Immrama Festival of Travel Writing, which took place over the weekend, celebrated ‘Global Exploration’ as its theme.

Travel writers with varied backgrounds spoke at the Waterford event.