My Limerick: 'Yurty Ahern' - Otter made famous by The Rubberbandits talks local life 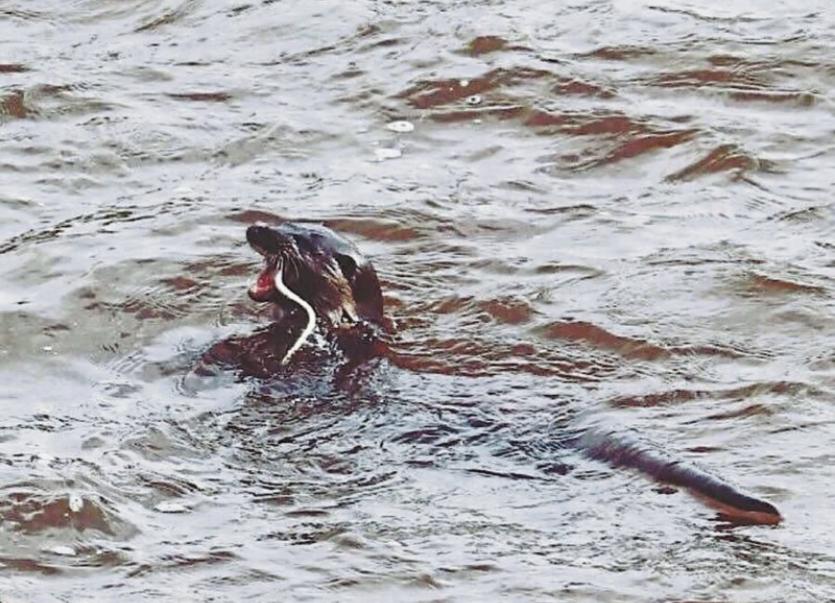 Yurty Ahern: The popular Limerick otter, made famous by The Rubberbandits’ Blindboy, offers an exclusive perspective on his home city

I enjoy rolling around on a patch of dry earth or grass. My fur can get fierce mucked up with all sorts of dirt and guff from the river. You’d think the water would keep it clean but that’s not the case. I need the fur to stay sharp and fresh, so that I’m still warm, even when there’s a cold bite in the current. I find that rolling around in a dry patch is the best bet for achieving this.

When I was a pup, my ma swam me up the Shannon as far as Poor Man’s Kilkee. Bill Clinton was visiting the city and there was a most unmerciful furore about it, Navy Seals on boats, big guns and all, mad craic, crazy security. My Mother Brenda, who’s sadly passed since, had a thing for Bill Clinton. She used to try and hide it by pretending to be interested in his foreign policy and involvement in the Northern Ireland Peace Process. But you could see by the glint in her smile, and the way she’d paw at her whiskers when his name was brought up, that she was mad for him.

Anyway, Bill Clinton’s motorcade stopped underneath Sarsfield bridge, so that he could go for a slash into the Shannon. My Ma climbed up out of the water, and followed him in under the Bridge, she was looking dashing in fairness, all oily from the water, her tail glistening as she bounded underneath a stack of Breeze Blocks. She wasn't one to kiss and tell, but I heard from a cormorant by the Corbally baths that herself and Bill had a bit of a romantic moment under the bridge. Which I wouldn’t put past him to be honest, and my Ma was a fine thing, even if she was an Otter.

What’s your favourite part of the county and why?

The Tail Race on the Shannon, I get feeds of young eels up there, and the fishermen might throw back the odd Pike.

My Couch, at the back of UL. I get great mileage out of bounding around the water agin the current, and hopping up and down on the riverbank, people out walking are always stopping to take photos of me. They call me a cool dude. You’d often see Limerick people on that bank roaring at each other, “Watch that Otter there, isn’t he such a cool dude?”

Chicken Hut! I've a friend called Booly who’s a fox and he roots around their bins at night time, and gets loads of chicken hut gravy all over his face. Then he comes down to the river, and he lets me lick the gravy off his mouth.

I’d mostly be looking at them from under the water, but the one thing I’ll say, is that they refract beautifully through the lens of the river’s meniscus, their shape dances in highly elegant patterns. I’ve seen Cork people from under the water, and I can’t say the same unfortunately. If you watch a Cork man from just beneath the surface, about a foot we’ll say, enough to let good light in. Well, their shape is very harsh and triangular, almost as if their personal dimensions are in a continual argument with the very physical laws of refraction.

A Corkman’s shape stays rigid, and doesn’t glide in a fluid and free fashion like a Limerickman’s shape.

I couldn’t give a shit about sport, I'm an Otter.

People not collecting their cans and rubbish when they go down to enjoy my riverbank by Plassey. I love seeing people enjoying the river, and I welcome it. But when cans and rubbish are left there, it breaks my heart, that’s my home, that’s where I need to clean my fur, and hunt for my meals. Please take the rubbish away with ye lads. It kills fish.

I can’t be relying upon a fox to let me lick chicken hut gravy out of his teeth. The next time ye have a can or a sandwich down by the river, think of me.

I can’t come up and talk to you like, to tell you to put it in a bin. I wouldn't walk into your living room and leave cans on your telly like.

Pick up your free copy of The Leader this morning for our exclusive Q&A for Limerick’s famous otter, Yurty Ahern.

So here's the majestic Plassey river in Limerick, home to the famed otter @YurtyAherne, on a glorious summer's night. No sign of the bould Yurty pic.twitter.com/5lozjLqNi2

I had a dream last night I set up a cottage on the banks of the Plassey river with the express hope of tracking down Yurty Ahern. Thanks for that, @Rubberbandits

We do a My Limerick Q&A with well-known locals every week, but I have to say, this one's a personal favourite. If you are a @Rubberbandits fan (or if you're not and wondering wtf a Yurty Ahern is) grab a free copy of the paper! https://t.co/qmBsyY8mTw

Slept for 3 hours last night. But in that 3 hours I dreamt I met Yurty Ahern and he had a purple collar with a bell on it..... @Rubberbandits pic.twitter.com/BqNf5Ko2vs