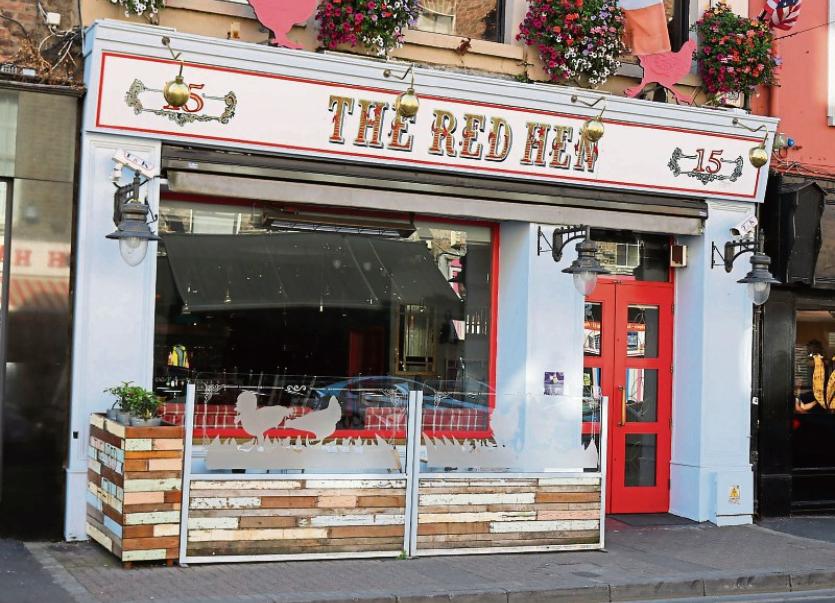 The Red Hen in Limerick - not be confused with the US restaurant attacked by President Trump Picture: Adrian Butler

THANKSGIVING is five months away and already red-blooded Americans are hunting for red hens.

The Red Hen bar in Limerick city centre came under attack online this week following the ejection of US press secretary Sarah Huckabee Sanders from an American restaurant of the same name.

Emer O’Grady, the assistant manager of the city bar, reacted to the fallout from President Donald Trump’s subsequent tweet that the “Red Hen Restaurant should focus more on cleaning its filthy canopies, doors and windows”.

The Red Hen Restaurant should focus more on cleaning its filthy canopies, doors and windows (badly needs a paint job) rather than refusing to serve a fine person like Sarah Huckabee Sanders. I always had a rule, if a restaurant is dirty on the outside, it is dirty on the inside!

The red hen in Limerick is even getting abuse https://t.co/xooZelnCX7

“They wanted to boycott our restaurant due to our behaviour towards Sarah Sanders. They also mentioned they would pray for our anger and hatred,” Emer explained of the mistaken social media commentary that saw wires crossed between Limerick and the Lexington, Virginia, establishment of the same name.

But Emer believes that despite the negativity, any publicity is good publicity.

“We would never have had so many people talking about us across the world were it not for Sanders and Trump. We’re very grateful!” she added.