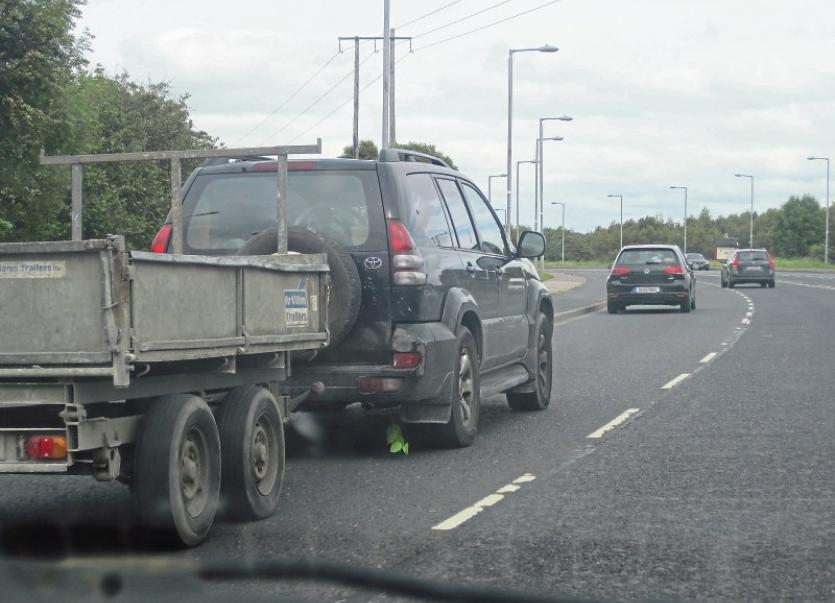 JUST Limerick council officials thought that the pesky Japanese knotweed couldn’t be any more of a headache, it appears that the invasive plant has learned to pollinate by hitchhiking.

At a strategic policy environment committee meeting, Limerick City and County Council’s senior executive engineer Anne Goggin showed local politicians a picture of the weed attached to the axle of a jeep while en route to Limerick.

This was during a talk on the plant and an update on the council’s Report Invasive Species app.

Speaking on the unusual image, Ms Goggin said that stem fragments of the weed can regenerate if caught in transit and later dispersed.

“If you have a tractor or a machine or a truck that picks up some muck that has a tiny bit of a fragment in it, then that spreads as well.”

Japanese knotweed has been most widely reported in the West Limerick region through the council’s unique app, which can be downloaded on Android and iOS.

But the spread of this plant is no laughing matter as it can have adverse effects on soil and river areas.

She said that when it invades an ecosystem, it takes over the native flora. When it dies back in the winter, it leaves the soil exposed and can cause severe soil erosion. And if invading a riverbank, sultation could affect the riverbed and harm biodiversity in the area.