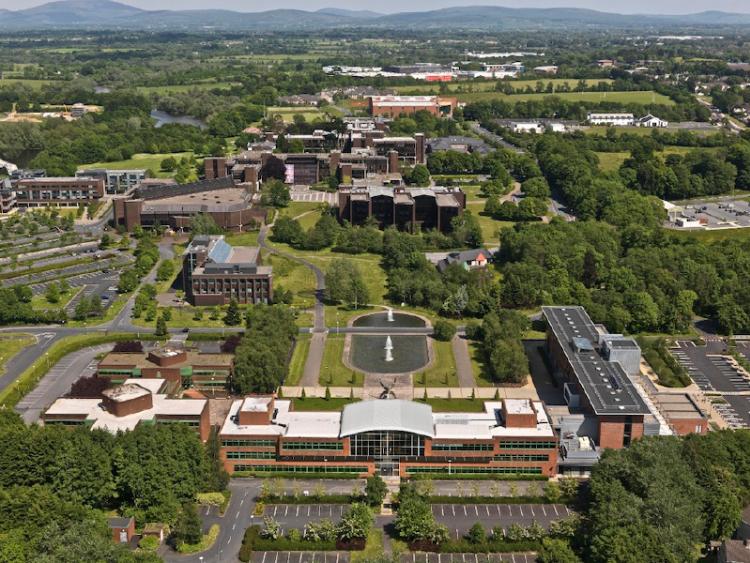 THE University of Limerick’s long-running dispute with two whistleblowers who were suspended from their jobs in the finance department three years ago this month remains unresolved – despite reports this week of a financial settlement being reached.

UL’s president, Dr Des Fitzgerald, told The Irish Times on Monday that settlements had been made with the two women, known as Persons B and C. However, no agreement has been reached over a return to work and a number of other issues are still up in the air.

It is understood that both women were taken aback by the president’s comments this week. They have refrained from making any public comment on the mediation process after being requested not do so. They had not expected UL, or its president, to make any announcement until after all outstanding issues were settled.

The Irish Times stated that an amount totalling around €150,000 had been made to three whistleblowers from the university’s finance department. This included a settlement made earlier this year with Leona O’Callaghan, who occupied the same role processing expenses as one of the previously suspended whistleblowers.

While Persons B and C have agreed a financial settlement for a personal injuries claim against the university,  they have been given no indication of what role they will eventually return to at UL – if any.

They also have concerns over a number of other issues. While a private apology has been made to them by Dr Fitzgerald, in writing, the whistleblowers are anxious that their reputations are properly vindicated by means of a direct and public apology on the UL website.

The two women were suspended in June 2015 after an external investigator – who was paid by UL for his work – found them guilty of making a malicious complaint against a colleague, a charge they vigorously denied.

Former UL president Dr Don Barry repeated this finding against them in a hearing of the Public Accounts Committee. While it is understood that the finding that they acted maliciously was withdrawn in the private apology received from Dr Fitzgerald, there has been no public retraction.

Shortly after the investigator’s finding – and before their suspensions – they were offered severance agreements of almost €60,000 each, conditional on confidentiality clauses. They had previously raised concerns about financial matters within UL, including expenses for senior staff which they regarded as questionable.

Their suspensions came after they refused to sign the severance agreements. They disputed the finding that their complaint was malicious and had no wish to leave their jobs. Their story was then revealed by the Limerick Leader, in September 2015. UL then sued the Leader, after first demanding that the newspaper apologise and retract the story.

Dr Don Barry, whose 10-year term as president concluded in April 2017, dropped the High Court action the following year, after it was widely criticised.

The suspensions of Persons B and C were finally lifted by Dr Fitzgerald last November, after two and a half years.  This coincided with the publication of the report written by Dr Richard Thorn, who was tasked by the Higher Education Authority with examining finance, human resources and governance policies at UL.

In a statement issued at the time, Dr Fitzgerald accepted the findings of the Thorn report in full and promised to implement its recommendations.

However, while a mediation process headed by Kieran Mulvey was announced at that time, it has yet to fully resolve the dispute between UL and Persons B and C. While they remain UL employees on full pay, there has been no agreement on what role they will return to. They have described the long-running saga as immensely stressful and they have now entered their fourth year outside the UL workplace.

It is understood that Mr Mulvey himself – the former head of the Workplace Relations Commission - held only one meeting with the whistleblowers, which took place last December. Subsequent contact with them has been through Sean O’Driscoll, a leading consultant in human resources management.

In early May, on the first anniversary of his appointment as president, Dr Fitzgerald told staff at UL that he was doing all he could to address the matters which have dogged the university for almost three years. However, he warned that while mediation talks were ongoing, “not everyone may be satisfied with the final outcome”.

In April, a doctor who claims he was effectively forced out of his UL post after 15 years told the Leader that the mediation process ended in failure for him — “almost just after it began”.

Dr Niall Cahill, medical director of the Student Health Centre at UL from 2000-2015, has said that a severance deal was “foisted” on him in August 2015 and that he signed it “whilst I was recovering from a serious illness, during which time no duty of care was extended to me”.

He met  Mr Mulvey but received a letter shortly afterwards advising him that the latter saw no hope of an amicable conclusion through mediation.

Noni Hepple, who was found by the WRC to have been unfairly dismissed by the UL Foundation in 2013 after 13 years of employment,  strongly criticised the mediation process this week.

Ms Hepple’s case was included in the Thorn report. However, while she subsequently asked to meet with Mr Mulvey, she was told by the university that she could not be included in the mediation process.

“UL has a history of ‘managing out’ employees and paying them sometimes substantial amounts when they leave,” she said.  “False or frivolous accusations have been made against some former employees which have affected their careers and their ability to get similar employment in the future.  Some of these employees made representations included in the Thorn Report.

Leona O’Callaghan was the original UL whistleblower and was referred to as Person A in Thorn report.

She left her job in the finance department in 2011 and has said that her position became untenable after she questioned expenses filed by senior UL staff.

In 2011, Ms O’Callaghan set out her concerns in considerable detail, in an email sent Dr Barry. After leaving UL early the following year, she provided the same information to the Committee of Public Accounts (PAC).

In April 2012 Dr Barry told the PAC that any concerns raised by Ms O’Callaghan had been “fully dealt with”, but that “despite this, the employee continues to make the same allegations”.

Speaking to the Leader in April, Ms O’Callaghan said she was caused “a lot of hurt” by the insinuation that she had made false allegations. She was fully vindicated by the Thorn report, which found that her  concerns should have been dealt with “at an earlier stage”.

Mr Mulvey met with Ms O’Callaghan and he  recommended that a payment be made to her “in the interests of fairness and equitable treatment”.

She also met with Dr Fitzgerald and accepted an apology from him for UL’s treatment of her. However, UL did not issue any statement on the outcome of Ms O’Callaghan’s case and the apology to her was made privately rather than publicly - which had been her preference.

Ms O’Callaghan’s experiences only came to light when she read about the fate of Persons B and C in the original Limerick Leader report. She came forward at that time to support them and told her own story.

Following the initial report, the university issued a statement to staff and students strongly denying the allegations made by Persons B and C.

That statement, which remains on the UL website today, said that the allegations were “false and seriously damaging to the reputation of the University of Limerick and to members of its staff” and that the university had provided the Limerick Leader “with a detailed breakdown of the multiple errors, inaccuracies and imbalances that it wrongly presented to its readership”.

The new president subsequently described the legal action against the Leader as “misguided”. At the UL president’s gala dinner in Adare Manor last month, Dr Fitzgerald told hundreds of guests that the university should never have sued the Leader, because “every word they wrote was true”.

Speaking to this newspaper last year, Persons B and C said: “Our lives and careers are still in limbo and it continues to affect us day to day. It has caused us and our families much distress during this time and has gravely affected our own personal mental health and well-being.

“We are still seeking answers and want to be able to heal and move on from this period in our lives.”

The whistleblowers remain anxious that UL publicly acknowledges its failings in how they were personally treated and apologises for them.

In response to questions from the Leader, the university said this afternoon: “The mediation process initiated by UL to help resolve the outstanding issues arising from the HEA Thorn Report continues with the relevant people affected. The president of UL, Dr Des Fitzgerald, extended a full apology to all of those affected both publicly and privately last year.”

It also stated that Dr Fitzgerald had written “to both employees to offer a private apology on behalf of the university”.

However, Persons B and C are not satisfied that the retraction  of the finding that they acted maliciously should be done privately. They believe they cannot move on with their lives until they are publicly and specifically cleared of any wrongdoing.

The only public apology from UL to date was was extended, effectively, to hundreds of thousands of people – rather than to the whistleblowers specifically.

In making his apology In November 2017 for the failings identified by the Thorn report, Dr Fitzgerald included “the staff, students and alumni of the University of Limerick”, as well as “the people of Limerick and the Mid West”

Today’s statement added that UL was  “very aware that there are still matters to be resolved as part of the ongoing mediation process and has made no statement to the contrary”.

It continued: “A number of parties to the mediation process have previously revealed elements of the financial aspect of the agreements to media outlets. UL has confirmed a global figure as it is committed to full transparency on how public monies are used whilst remaining sensitive to the full details of the agreements with the current and former employees referred to as persons A, B and C in the Thorn Report.

“The historic precedent of not being transparent, is something that UL has left behind and so the university will fully account for all such expenditure as part of its normal accounting responsibilities.

“Following a full apology last November, UL immediately withdrew the suspension of the employees referred to as B and C so as remove this barrier to their returning to work at UL”

The statement claimed that “both employees have been free to return to work since December”. However, six months after the mediation began, no proposals had been made to Persons B and C about possible new roles within UL. It is understood that the university has no desire to reinstate them in their previous roles.

Meanwhile, the Comptroller and Auditor General is in the process of finalising  a detailed report into severance payments by UL to former staff. The report, which is expected to be strongly critical of unauthorised  and excessive payments, will go to members of the PAC once completed.