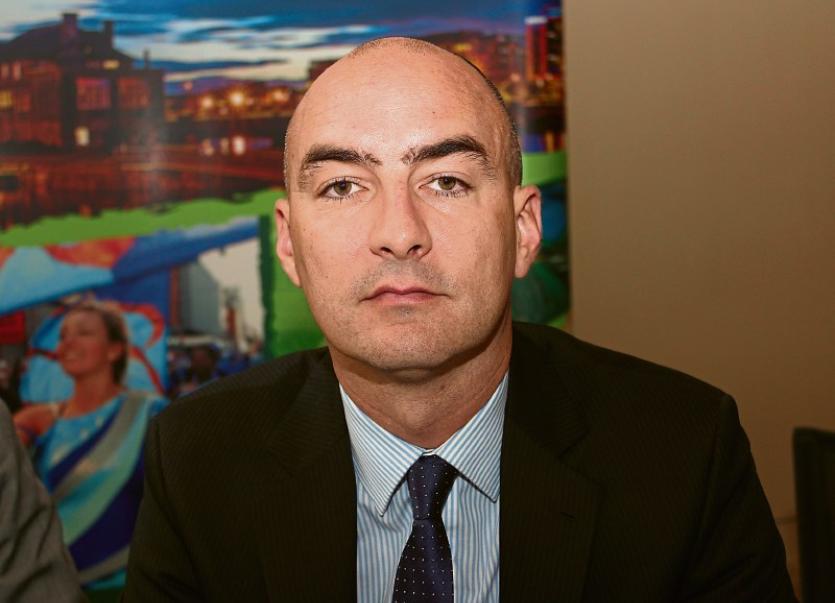 Cllr Daniel Butler: Odds on to be the next metro-mayor

COUNCILLOR Daniel Butler is odds-on to become the new metropolitan mayor of Limerick.

The 21 councillors in the metropolitan district will meet this Monday at 10am for their annual general meeting.

The Raheen-based councillor is likely to become mayor under the terms of a five-year deal struck between his own Fine Gael party and Fianna Fail, signed at the start of the council in 2014.

Barring a major upset, he will become the final metropolitan mayor of this term. It’s expected he will face competition for the role from Labour, Sinn Fein, Solidarity and the three Independent members who will pick their nominations over the weekend.

But as these groups are likely unable to unite behind a candidate, the grand coalition is sure to see Cllr Butler, whose late father Richard served a term as council leader in 2010/11,elected.

Outgoing mayor Sean Lynch said: “Daniel is a city man, his dad was on the council. They have a long association with Limerick City, and he’s an out-and-out gentleman.”

While the pendulum of power is with Fine Gael in the city, it swings to Fianna Fail in the overall council, with fellow Raheen/Dooradoyle councillor James Collins set to be elected overall mayor this Friday.