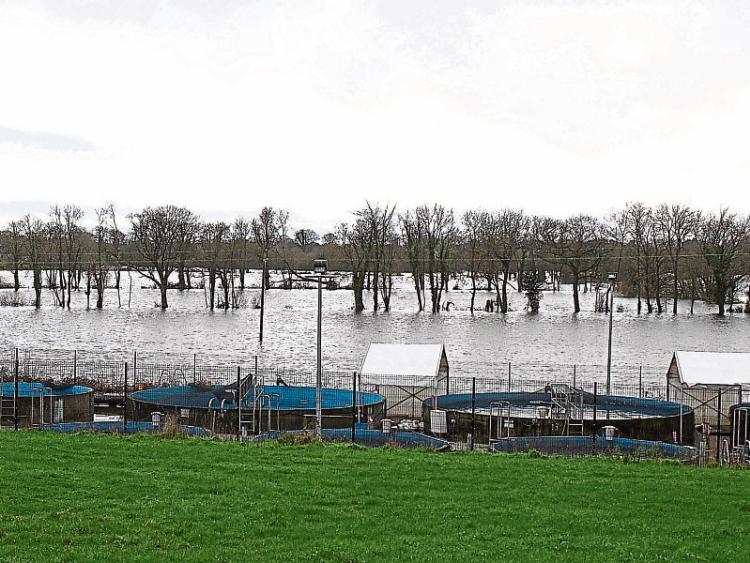 LIMERICK City and County Council has unveiled plans for flood defences across the county.

More than 30 areas will get major and minor work to protect roads and fields from the damage caused by flooding, following a massive €57m investment from government.

In the city, these will include the erection of glass walls along parts of the city quays, while the King’s Island, it is hoped will also be protected from a repeat of the floods of four years ago, and Brown's Quay in Thomondgate on the other side of the Shannon will also get protection.

In the coming weeks, a steering group is to be set up between council and the Office of Public Works so as to identify the best mechanism to deliver the scheme.

Council engineer Vincent Murray, addressing members of the metropolitan district this week, said that he would hope work on the various schemes is “advanced” by 2019.

New embankments will be built along the Condell Road and Dock Road, while the proposed glass walls could be erected in the city centre’s tourist areas.

Cllr Cian Prendiville said the idea of walls like this “sounded alarm bells”, adding: “We need to know how it will play out so it will not ruin people’s views.”

Mr Murray said having “strong and resilient” glass will almost eliminate the flood risk in the city, saying the council ​had looked at examples in Britain and Waterford, which work very well.

Out in the Montshannon Road, which has also been hit with flooding in recent years, floodgates will be built, as will embankments. A culvert there will also be upgraded, councillors heard. Councillors Joe Pond and Marian Hurley urged the need for these works quickly.

“We need to make sure we’re prepared for the autumn, for any potential flooding that might come. You’d never know when to expect a flood at this stage, the way the climate is going. An early delivery is what we’re looking for,” Cllr Hurley said.

Cllr Séighin Ó Ceallaigh, Sinn Fein, said: “Scanlan Park in Castleconnell was cut off big time in the last flooding. The community was perhaps too good – they were working 24/7 and saved the area from a disaster,” he said.  He was assured it would be protected.