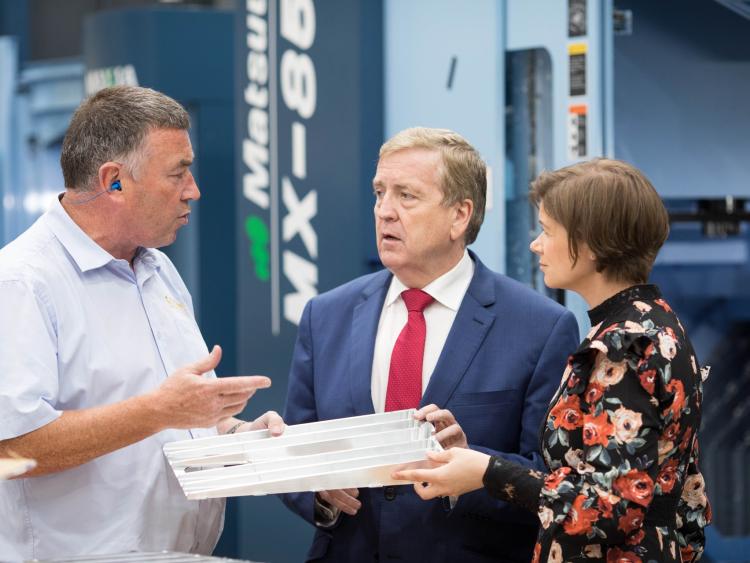 THE future for business in the Mid-West lies in autonomous and artificial industries, according to a key stakeholder group representing interests in the region.

The Mid-West Action Plan for Jobs Implementation Committee told Minister Pat Breen that the future of the region is "autonomous and artificial" after he attended a meeting of the stakeholder group.

"The Mid-West region is leading the way in a number of emerging disruptive technologies including the autonomous vehicle – through the presence of global leaders such as Jaguar LandRover, Analog Devices, DELL, Intel and General Motors; while artificial intelligence will impact on all businesses in every sector," said Órlaith Borthwick, programme manager for the Mid-West Action Plan for Jobs.

"Our regional opportunity is to ensure that we remain at the forefront in delivering innovations and talent in these growth areas,” she added.

"We are delighted that Minister Breen could join us to hear from our local authorities, our indigenous business base, our multinational industries, our higher education institutions and several others about our future vision for this region.

"The Mid-West Action Plan for Jobs has provided to framework to facilitate collaboration and cooperation; allowing a collective vision and set of strategic objectives to differentiate and lead the region into future growth.

"We are committed to working together for the betterment of our region and the people who live here”.

Noting that companies either innovate or evaporate Minister Breen, who visited Mid West Action Plan for Jobs at Takumi Precision Engineering in Limerick, expressed his belief that regional economies need to adopt the same philosophy to ensure their economic longevity.

“The employment creation record of the Mid-West in recent years is a leading example to regions across the country in how public and private stakeholders can work collaboratively to deliver impactful change," he said, noting the collaboration in the public and private sectors in Limerick, Clare and Tipperary.

"Since the launch of the Mid-West Action Plan for Jobs, under the chairmanship of Barry O’Sullivan, an additional 16,600 are in employment; in the first half of 2017 alone over 7,000 extra people were at work.

"I was delighted to learn greater insights into what is working in the region, including recent successes in emerging growth sectors including the BioEconomy Foundation and Emerald Aero Cluster, both recently funded under the first round of the Enterprise Ireland Regional Enterprise Development Fund," he added.

Launched in 2015, the Regional Action Plans for Jobs were recently subject to a ‘Refresh and Refocus’ by Minister Heather Humphreys, with the Minister reiterating the government’s commitment to regional economic growth opportunities.