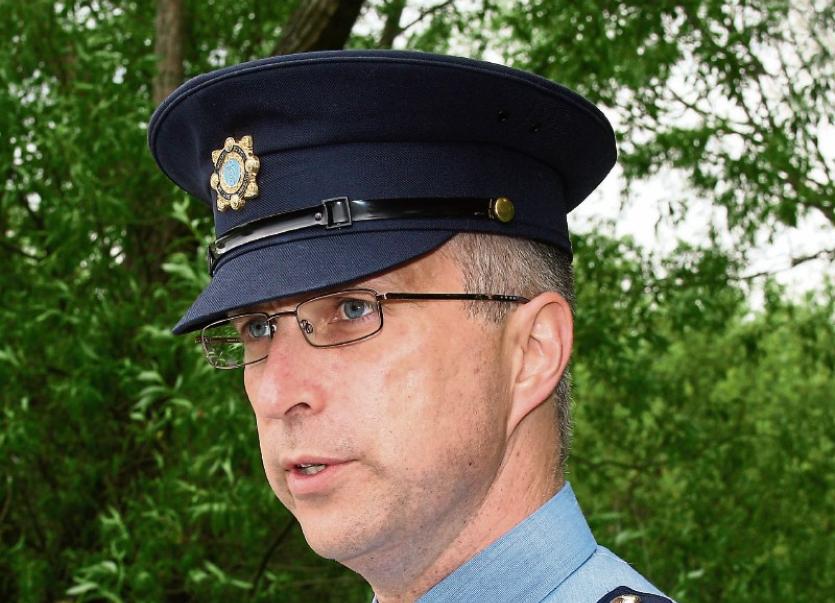 A SECOND superintendent has been appointed to the Bruff garda district in the space of three months, but this one will arrive.

There was consternation in April after Supt Niall Featherstone was reassigned to another district with no explanation. It was dubbed the “case of the missing superintendent”.

The man to solve it is the highly respected and experienced Supt Brian Sugrue. Chief Superintendent Gerard Roche said he was delighted at the news.

“He was promoted in the last couple of weeks. He is being transferred to Bruff on Thursday, June 14. He was a detective inspector in Henry Street for years and all his career has been in Limerick. His knowledge of Limerick will be a huge addition. He is replacing Inspector Dermot O’Connor, who did a great job,” said Chief Supt Roche.

Supt Sugrue was the acting Bruff superintendent in 2015. Bruff is also  getting more gardai.

“We announced at the Joint Police Committee (JPC) meeting we were going to, over the year, transfer 10 people out to Bruff and Newcastle West. In April, we transferred two gardai as a result of the 10 probationary gardai coming to Henry Street and Roxboro.

“We have 10 more probationers coming to us on June 28 and on that date I’m sending six out. Two to Patrickswell, two to Newcastle West and two to Bruff. They are all seasoned and well experienced members. It is part of our initiative to support the county districts,” said Chief Supt Roche.

Patrickswell receiving two extra is because “the city is expanding out to the west at a rapid rate”. Chief Supt Roche says the whole strategy is to try and improve the numbers in the county to support policing out there in “every aspect”. He also has city plans.

“When the new recruits come we’re doing a new initiative. They’re going to be allocated to community policing units in Henry Street and Roxboro for a 10 week period. It will bring further high visibility to the city. We’re developing a new community policing model at the moment and we are going to announce more details at the next JPC in relation to the whole county,” said Chief Supt Roche.

“This will come as a huge relief to the people living in the Bruff garda district. There has been a vacuum for far too long despite the sterling job that Insp O’Connor has been doing. This full-time appointment is long overdue.  Supt Sugrue has dedicated his garda career to Limerick and knows the county well. He is an excellent and experienced member. I know locals will support and help him in any way they can.

“After the false dawn of Supt Featherstone I hope Supt Sugrue stays as the head of the Bruff garda district for many years to come,” said Deputy Collins.

“Since we entered Government in 2011 one of our priorities was to open Templemore for recruitment which had been discontinued by the last Fianna Fail government. This will take time, however, we are going in the right direction for garda numbers.

“We want to continue to build the numbers in the force and to develop the garda presence across the country and as a government we now have the finances and political will to do that,” said Minister O’Donovan.