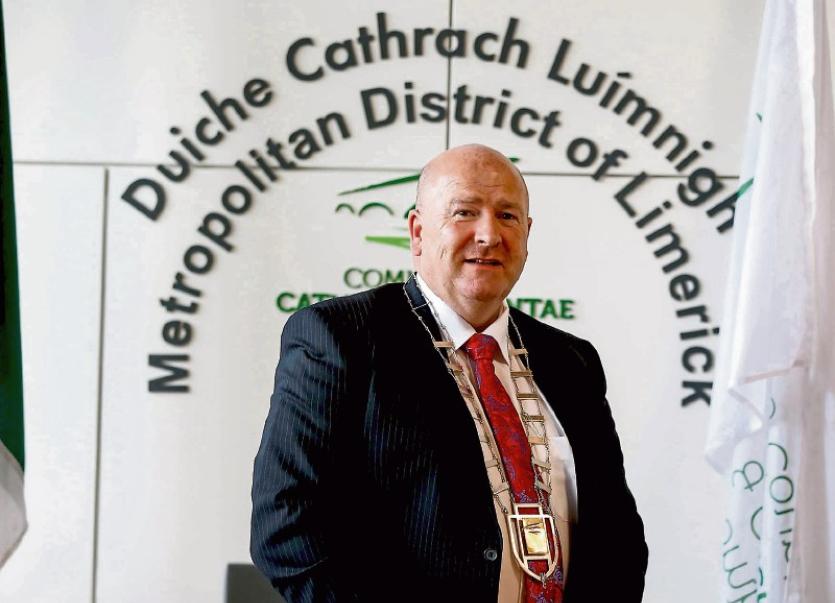 THE Mayor of the Metropolitan District of Limerick has insisted his family home will not be repossessed despite court proceedings by Ulster Bank.

Cllr Sean Lynch made his comments after the bank was granted an order for repossession and sale relating to the property which is located at Ballycarney, Clarina.

Ulster Bank DAC initiated Circuit Court proceedings against Mr Lynch and his wife, Valerie, over ‘substantial arrears’ which date back a number of years. The matter has been before the court for some time.

The outstanding balance on the mortgage is just over €277,000 although it was noted by the judge that interest is front-loaded by lenders.

Sheila Finn BL, representing Ulster Bank, said repayments totalling almost €90,000 have been made since since 2006.

The most recent payment, she said, was received by the bank in April of this year.

When the case was called during a court sitting at the end of May, Judge Keys noted the defendants were not present in court and were not legally represented.

He adjourned the matter for a week and directed that they be informed of the proceedings and the likely outcome.

“It appears they are sticking their heads in the sand,” he commented.

After being informed by Ms Finn, last week, that Sean and Valerie Lynch had been written to, the judge said he had no option but to grant the order under the provisions of the Registration of Title Act 1964.

However, he placed a six month stay on the order – giving liberty to the defendants to apply to have the matter re-entered.

When contacted by the Limerick Leader following the court hearing, Cllr Lynch said neither he nor his wife were aware of the court proceedings.

“We had no representation (in court), we didn’t realise it was at this stage and we were not contacted and I just can’t understand how a judge can make this order without any representation,” he said.

The former detective said he and his wife have contacted their solicitors in recent days and will be seeking to have the matter re-entered urgently.

“There will be no repossession,” he said, insisting that there had been engagement with Ulster Bank prior to the granting of the court order.

A spokesperson for Ulster Bank said that it could not comment on individual cases which are currently before the courts.