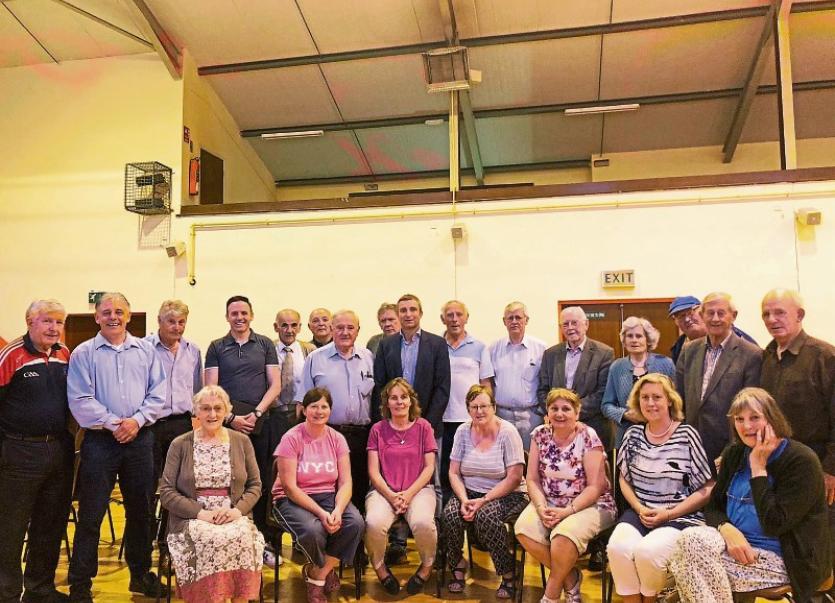 Following a public meeting in Oola on Monday night, a campaign of awareness is to be run in the parish to help boost activity at the local post office and ensure its survival.

UP to one hundred people attended a public meeting in County Limerick as part of a community wide effort to ensure the local post office remains open and operating.

Oola is one of 18 post offices in Limerick and 390 nationally where the postmaster has been offered an exit package.

The deadline set for responding to these offers is  July 31 and any post office which accepts the package will be wound down by October 31.

But Niall Collins TD, speaking at the meeting on Monda night, said no community should be left without a post office.

“If any postmaster wishes to retire or take the package on offer, there should be an obligation on An Post to advertise for a replacement operator in the same community,” he said. “I am seeking that assurance from An Post.

“In relation to Oola, we will be asking for a one-year extension to the offer that the postmaster has received. This is to allow the community to increase activity within the post office,” he pledged.

“It is very concerning to me that An Post wouldn’t place new services in some existing post offices should they wish to remain open. It appears that they are trying to strangle them out of business,” Deputy Collins added.

Oola Community Council is now to undertake an information awareness campaign around the parish in a bid to boost transactions at their post office. Tom Neville TD and Cllrs Michael Donegan and Noel Gleeson  also attended.