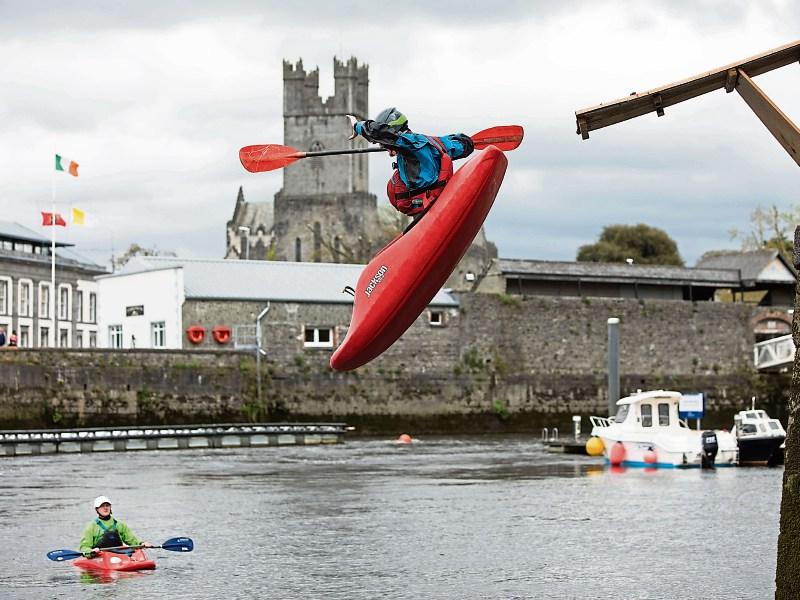 Riverfest is a success, but it and the Great Limerick Run should be held on different bank holiday weekends, Nigel argues Picture: Sean Curtin/True Media

The June Bank Holiday weekend in Limerick was stunning. The audience was there, yet there was a nagging feeling that something was missing.

In recent years, particularly during Limerick’s year as City of Culture, there were attempts to develop another festival that would allow us to make the city a go-to destination during this key holiday weekend at the gateway to the summer.

New concepts such as Culture and Chips – which saw the introduction of the Spiegeltent venue to Arthur’s Quay Park – or the TomCat street festival showed real potential for growth. Unfortunately, for various reasons they faded into oblivion. Their loss was a missed opportunity for our city to develop a strong June Bank Holiday weekend offering.

Just over a month ago the city staked its claim as owners of the May Bank Holiday weekend. One could hardly argue with such a claim. Varying figures showed that up to 100,000 people visited the city to partake in the various activities taking place and I wrote about its success in a column at the time.

But, when looking dispassionately at Riverfest and the May weekend, we must be honest with ourselves. The weekend is actually dominated by two separate events, given that the Great Limerick Run, a privately-operated event that has grown significantly over the past decade, also takes place.

The Run is now firmly established as the third largest participatory event in the country. It also incorporates a children’s event which sees 3,500 take part and an Expo event that attracts 12,000 people. Riverfest, a festival funded and led by the local authority, has also been operating for over a decade.

So, let’s breakdown the figures.

This year the Great Limerick Run saw 13,000 people take to the city streets. If each of these people bring an average of three supporters (family, friends, partners) then you can take it that the event is responsible for attracting 52,000 people to our city over the May Bank Holiday.

The council claimed that more than 100,000 people enjoyed the four day festival, marking Riverfest 2018 as the “most succesful yet”, with an estimated €5m-€7m economic impact.

But, if we separate the Great Limerick Run from Riverfest, what do we actually have? Arthur’s Quay Park transforms into a space for the selling of beer and sausages. We have a charity BBQ vending more sausages on city quays. We have the recent and very welcome addition of some water-based activities on the Shannon, a fashion show and fireworks to close out the weekend.

Simply put, without the Run, our city’s only significant festival offering brings to mind the Emperor’s new clothes.

Let’s throw a suggestion into the mix. Move Riverfest to the June Bank Holiday weekend and, in doing so, take a radical re-evaluation of the offering and reinvent it as a multi-disciplinary arts, culture, music and family friendly festival. The success of both the Run and Riverfest has resulted in both events now competing for critical resources. Both are marketed separately, meaning the city has two events competing for column inches and photo space on the same weekend.

Both events are putting real pressure on Garda resources, traffic management team, the HSE and the Civil Defence. We must also remember that the May Bank Holiday also tends to fall at a time when the rugby season is still in progress. Pro 14 matches in Thomond Park again put further pressure on the city’s resources.

In moving Riverfest to June, we would not only be relieving both the marketing, PR and resource pressures but we would be giving the city an opportunity to double the economic benefit these important events create. Businesses would now have two big bank holiday weekends to capture a visiting audience. The success of both the Great Limerick Run and Riverfest puts us in an exciting position and I really believe it is time to separate both events.

With creativity, investment and support Limerick has real potential to have a significant offering on both the May and June Bank Holiday weekends.

When engagement started last year in terms of O’Connell St plans one of the key arguments made was that Limerick needed to make its streets more people friendly.

There are small things that can be done to make a move towards an urban centre where the car doesn’t fully dominate.

Unfortunately, the O’Connell Street revitalisation project now looks to be more delayed that we had expected.

However, one of the good things that came out of that engagement process last year was the creation of theLiveable Limerick group, a team of interested people who either live in the city or have a deep interest in making the city a more enticing one for urban dwellers.

Putting the O’Connell Street project to the side, the team have continued to meet, the result of which has been the announcement that Catherine Street has been selected to hold a family friendly community “street feast” on Sunday, June 10.

The event, which is supported by Liveable Limerick, invites members of the Limerick City community to connect and reconnect with their neighbours and celebrate the vibrancy of Limerick city in a free family-friendly day.

Full details can be found by logging on to www.liveablelimerick.com.