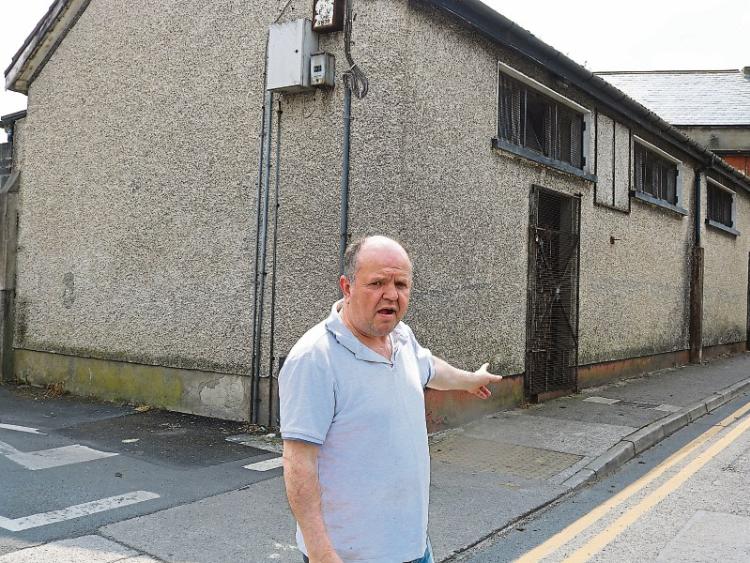 'We are asking so we can do a good job for kids in this parish': Pat O'Halloran Picture: Michael Cowhey

LEADERS of a Limerick boxing club have renewed their council appeal to give them funding, enabling them to get back in the ring.

Former professional Pat O’Halloran and St Munchin’s Boxing Club chairman Paddy Collins believe they could knock out anti-social behaviour in Thomondgate if they were given €10,000 to reopen their facility just off the area’s High Road.

Council plans to give the club this money have, Mr O’Halloran says, not materialised.

And with rival boxing group St Francis’s being given the keys to a former Shannon Development facility in Mungret Street, he has urged the council to get behind his own club, whose training facility has lain idle 15 years.

“All we have had is empty promises. I respect and understand the council is busy, it has a lot on its plate. But I’m asking from the northside to please look at people like ourselves in disadvantaged areas,” he said.

At present, Mr O’Halloran added potential boxing talent on the northside is going untapped, with children getting involved in anti-social behaviour as a result.

“This €10,000 would have done a multitude. Believe you me, with this, there would be a lot more people on the straight and narrow.

“The kids here deserve it. Look at the streets after 6pm and 7pm: there is nowhere to go, nothing for them to do,” he said.

A grant like this would have allowed the club to secure new equipment, including boxing bags, head guards, gum shields, and a new set of boxing kits in its traditional blue and gold colour.

The funding would have also facilitated a merger with Our Lady of Lourdes Boxing Club.

But, Mr O’Halloran says this is off the table due to the delays.

Mr Collins, who chairs St Munchin’s Boxing Club, says it is difficult to see St Francis getting the investment.

“If we can just get our door open, that’d be a start for us. It’s tough, passing this building every day, knowing we could be doing something to help,” he added.

With the investment, the pair say they won’t refuse anyone who wants to come and box with St Munchin’s.

“We are not asking for the sun, moon and stars. We are asking so we can do a good job for kids in this parish,” Mr O’Halloran added. “They are all asking, when is the boxing club opening? It is such a waste to see it lying idle.”

Last week councillors approved plans to give a former industrial site in Mungret Street to the trustees of St Francis Boxing Club to move on site.