‘A great chapter for women’: Limerick activist who was denied abortion in Ireland 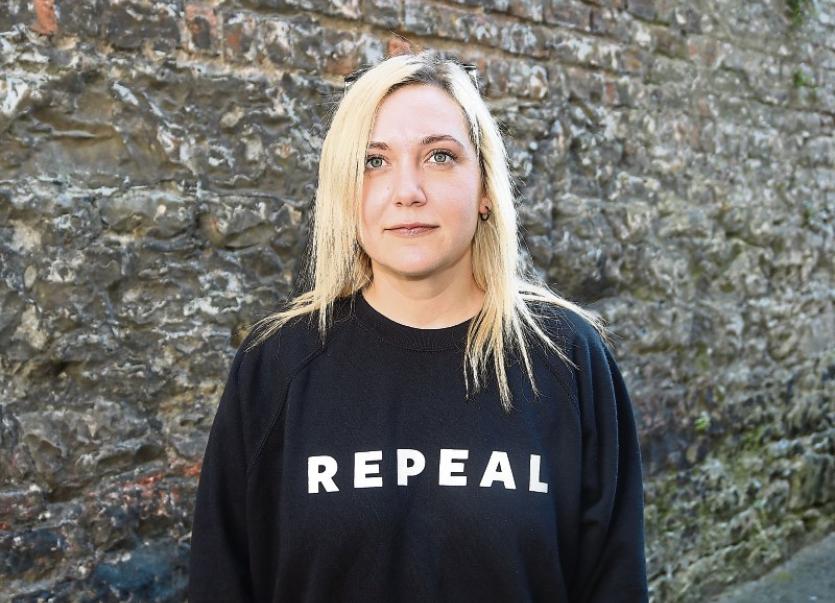 Shelley Williams, 29, in Limerick city, had an abortion in Manchester when she was 22 Picture: Michael Cowhey

ONE STUDENT overdraft, some savings from the summer, and part-time income — all amounting to around €900.

Like scraping for coppers from the precious piggy bank, that was all a 22-year-old Shelley Williams and her boyfriend could afford when they knew an abortion in England was the only option.

At nine weeks, Shelley knew it was the right decision to journey to the UK for a medical procedure that more than 3,000 women were denied in Ireland in 2016 due to an “archaic” former clause in our constitution, known as the Eighth Amendment.

Shelley, now 29 and working in the city centre, was one of many women and men to campaign for the Yes vote, which passed by a landslide 66.8% in the city and county and 66.4% nationwide.

One year before the tragic death of Savita Halappanavar, Shelley found out that she was pregnant. She had just started college and her boyfriend had completed his studies, but was unemployed.

“We made the decision to go and have an abortion over in England because it was the best choice for us at the time. Unfortunately, at the time, we wouldn’t have had the finances or the stability to bring a child into the world,” she told the Limerick Leader.

She admits that it was not her immediate solution, as the couple considered how it would work if she were to give birth. Coming to the conclusion, she said, was not an easy decision to make.

And too nervous to seek medical advice, the only person she consulted was her mother “who was a great support”. Within weeks, Shelley was on a plane to Manchester to go with the procedure.

Between the flights, the hotel and the procedure, the bill amounted to around €900, almost all of the funds between the couple.

The surgical procedure, she said, was straight forward but the aftermath was both physically and emotionally “horrendous. I was put under [anaesthetic]. I had a surgical abortion. I didn’t want to take the tablets because I would have had to stay over there for an extra day, and we couldn’t afford it. It wasn’t feasible.

“I woke up a couple of hours later when the procedure had been complete. I had to sit in this very small ward--well, I wouldn’t really call it a ward--with a couple of other girls. I felt really nauseous and dizzy and they made me have tea and toast. It was so awful, I was so disjointed. I couldn’t really walk properly and I ended up getting sick. It was horrendous. It was obviously highly emotional, my hormones were all over the place. I had to stay there another little while because I had gotten sick,” she explained.

And while Shelley didn’t regret the procedure, she experienced “absolute feeling of guilt and shame” for close to a year.

“The guilt and shame was there because abortion is so stigmatised in Ireland. All I had been listening to growing up was: ‘You can’t kill babies. You’re a murderer if you have an abortion.’ That’s what really kept me from getting over it for a long time. It was a really emotional thing.”

And during her repeal campaign in the lead up to the May 25 vote, she decided to open up about her experience.

“It was the first time people were actually able to properly in-depth find what women had went through and what they suffered through because of such an archaic law. All those stories is probably what won it for us in the end.”

Shelley, who watched the results come in at Dolan’s on Saturday afternoon, said there was “an atmosphere of love and togetherness”.

“It’s a great chapter for women in general. This is historic,” she said.