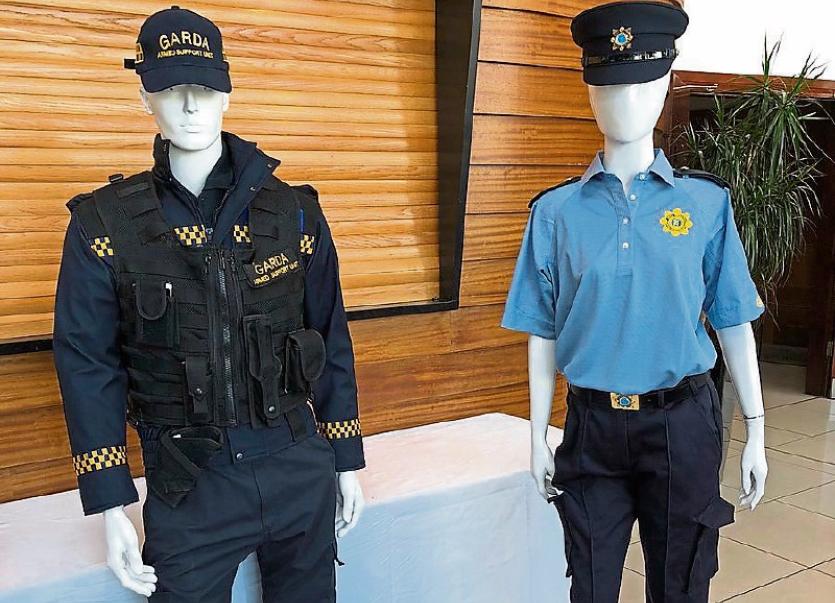 The new uniforms were unveiled at the GRA conference in Wexford | Picture: Twitter/ @gardarep

AROUND 100 gardai in the Limerick division are to be issued with new uniforms as part of a pilot initiative which will take place this summer.

Gardai attached to the five regular units at Henry Street garda station are to be issued with the new uniforms which consist of ‘utility’ pants and polo shirts.

Gardai attached to the Community Policing section will also be issued with the new uniforms which do not include a tie.

FROM LITTLE ACORNS: Congrats to the Uniform Sub-Committee of the GRA, Procurement, & Supt.Liam White & his team, for ensuring a summer uniform pilot across 3 Stations. The Frontline must be safe and comfortable in their uniform. This is the first - important - small step. pic.twitter.com/RT0joqspOs

A full review of the new uniforms will be carried out following the conclusion of the pilot scheme, which will run from July 1 to September 30.

Gardai attached to stations at Bunclody, County Wexford and Tallaght in Dublin will also participate in the three month pilot initiative.