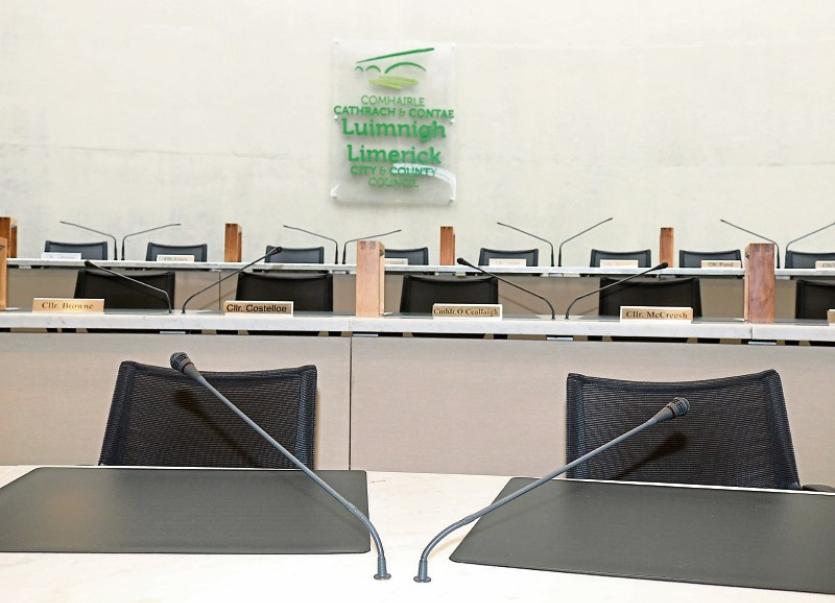 The motion was defeated, with just five votes in favour at the full meeting of Limerick City and County Council

The defeat of the motion has been welcomed on Twitter by a new, pro-Israel group, the Ireland Israel Alliance, which claims its aim is to bring clarity to the Israeli Palestinian conflict and to ensure it receives fair and impartial treatment in the Irish media.

Solidarity’s Cllr Cian Prendiville, proposing the boycott at Monday’s meeting of Limerick City and County Council, said the deaths of over 60 peaceful protesters in Gaza earlier this month had caused “huge revulsion around the globe”.

Those shot by Israeli “snipers”, he said, included 14 and 15 year old youths and an eight-month old baby.

“That is what I call terrorism. It is terrorism,” he said.

Yet the right-wing Israeli government had, only days ago, announced yet more new illegal settlements, he pointed out.

“Already these settlements take up at least 43% of the land of the West Bank,” he said.

A bill currently before the Senate called for a boycott of imports from all such illegal settlements, Cllr Prendiville said, and it was supported by the ICTU, by Trócaire, by Jewish Friends of Palestine among others.

Fianna Fail and Fine Gael had also said they would support it, he added and he urged the councillors to support his motion.

Fianna Fail’s Cllr Vivienne Crowley said it was likely any such bill would be illegal under EU law.

“I would hesitate to vote on it,” she said. “There is nothing to show the Bill would be effective.”

“It will end Israeli apartheid,” he said.

He wouldn’t buy goods from companies that support the Israeli regime, he continued, naming a number of them, including Nestle and McDonalds. And he urged people to do likewise.

But Fianna Fail’s Cllr Kieran O’Hanlon said it was a divisive motion that shouldn’t have come before the council.

“We aren’t the UN, the European Parliament, the Dail or the Seanad,” he said. “We are a council.”

He pointed out that Nestle employed 500 people in Askeaton.

“Are we saying we should not buy goods made here, producing good quality employment?  I propose we reject the motion.”

Labour’s Cllr Elena Secas said it was not the right environment for such a debate and proposed that those supporting the motion contact TDs and Senators.

It took over 300 years after our own land-grabs in Ireland to work out that dialogue is the only way, Fine Gael’s Cllr John Sheahan pointed out.

“Whether Israel or Palestine are right, I can’t comment,” he said, but rather than sanctions, they should be urging dialogue.

“We saw what sanctions brought to Rusal, Aughinish, over the last couple of weeks,” he said.

But Sinn Fein’s Cllr John Costello had no hesitation in supporting the motion. The Israelis, he said, were “engaged in genocide” and his party colleague, Cllr Malachy McCreesh agreed.

Cllr Prendiville, replying to the debate, said the issue of illegal settlements was a fact, not an opinion and one recognised by the International Court of Justice. The former AG and Tánaiste, Michael McDowell was supporting the Senate bill, he pointed out, and had declared it would be allowed under EU law on grounds of public morality.

When it came to the vote on the motion however, it was defeated with just five votes in favour.