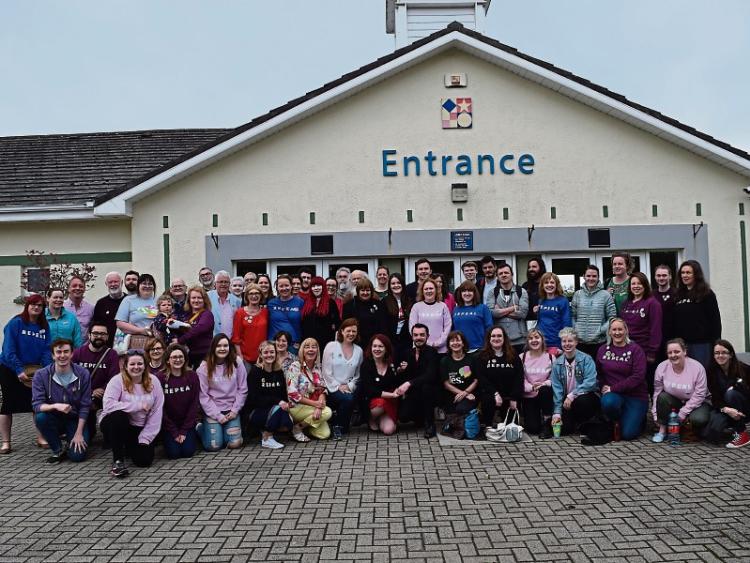 Campaigners from Limerick Together For Yes outside the Limerick count at Limerick Racecourse Picture: Michael Lee

LIMERICK Together For Yes has thanked the “the many brave individuals and couples” who shared their personal stories with the public in the run up to the Referendum.

The Limerick group knocked on more than 25,000 doors across the city and county over the course of its canvassing campaign.

The vote to repeal the eighth amendment of the Irish Constitution would not have carried if it were not for activists in Limerick, across the country and around the world, according to Limerick Together For Yes chairperson Yvie Murphy.

“We stand on the shoulders of women and activists who have come before us and sacrificed so much,” Ms Murphy said.

Limerick Together For Yes, which began as Repeal LK, has created a movement in Limerick, according to Ms Murphy.

“Since our first meeting in a little cafe on Denmark we have grown into something amazing.”

“We have grown into a movement.”

“And that movement, from day one, was respectful, inclusive, and informed.”

“People from all backgrounds and walks of life joined us in our fight for full reproductive rights,” Ms Murphy added.

“We would like to take the time to thank the many brave individuals and couples who have had to share their harrowing stories with the public, again and again, to prevent future generations from ever having to do the same.”

“We would also like to remember the voices that could not be heard.”

“We did this in their honour and in their memory. We bore witness to their stories and we heard them. And they made Ireland listen.”

Ms Murphy also thanked political parties for their support on behalf of the campaign group.

“Maurice Quinlivan, Paul Gavan, Sarah Jane Hennelly, and Jan O’Sullivan all came out canvassing with us and supported Limerick Together for Yes from day one.”