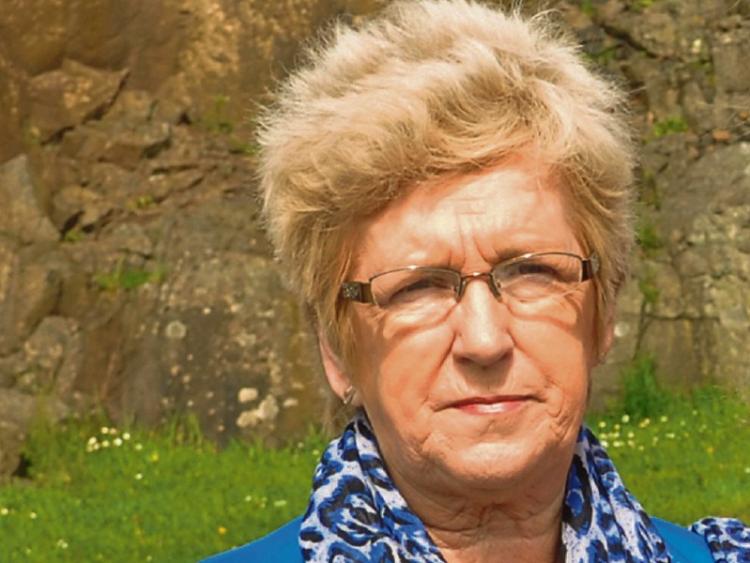 ‘We’re not building and we’re not buying’: Cllr Brigid Teefy

CAPPAMORE-Kilmallock councillors unanimously signed a motion calling for local authority houses to be built on council owned landbanks to combat the “housing crisis”.

Following a question from Cllr Brigid Teefy, it was revealed at an area meeting that 537 are on the housing waiting list in the municipal district. A further 223 are on the Housing Assistance Payment (HAP) scheme.

“It is near 800 in total looking for houses. There are a huge number making representations. The list is going to grow and grow. We have to look at building on council owned landbanks. It is important to have people in their own areas,” said Cllr Teefy.

Cllr Gerard Mitchell, chairman, said there is “a lot of catching up to do”.

“It  has to be a priority,” said Cllr Mitchell.

Cllr Bill O’Donnell said the council has a lot of landbanks in the county.

“These will never be used for anything but housing. If there is money there let’s get developing,” said Cllr O’Donnell.

Cllr Noel Gleeson said building should take place – no matter how small the landbank – to tackle the “housing crisis” that is there.

“I have seen queues of people looking for houses out to the car-park,” said Cllr Gleeson.

Cllr Teefy also asked how many houses were purchased by the council in the Cappamore-Kilmallock municipal district 2017 and 2018. She was informed three in 2017 and none thus far this year but three are sale agreed.

“It’s very poor. This further strengthen our motion. We are not building and we’re not buying,” said Cllr Teefy.

However, Cllr Bill O’Donnel warned that a lot of houses were bought in the county through Regeneration.

”We have to be careful what we wish for,” said Cllr O’Donnell.

Cllr Mitchell said there was a big housing list and asked if those locally will be looked after.

Cllr Lisa Marie Sheehy welcomed the houses and that locals are being accommodated.

“People are desperate looking for housing. It can cause tension if people living miles away are given a house before them. We need capacity for them. It can’t all be the city,” said Cllr Sheehy, who hit out at planning being refused over “stupid things”.

“They are stopping people from building due to bay windows and stupid things. I’m not talking about building in flood planes or awkward places like in the Celtic Tiger,” said Cllr Sheehy.

Cllr Mike Donegan said 400 to 450 houses are being built in Mungret.

Cllr Gleeson said he is around the game a long time.

“Why can’t the council build houses in the county? I like to see the city developing but you can’t forget about the rural areas.  We have facilities that are second to none in rural areas – schools, community centres, pitches etc.

“Families in council houses now have grown up children who need houses. They are getting married and they are now living on top of each other. It isn’t fair. They want to live in their own environment, not have to move the city. Otherwise the county is going to be depopulated,” said Cllr Gleeson, who asked fellow councillors to back his motion of building on council owned landbanks to show solidarity. It was unanimously agreed.