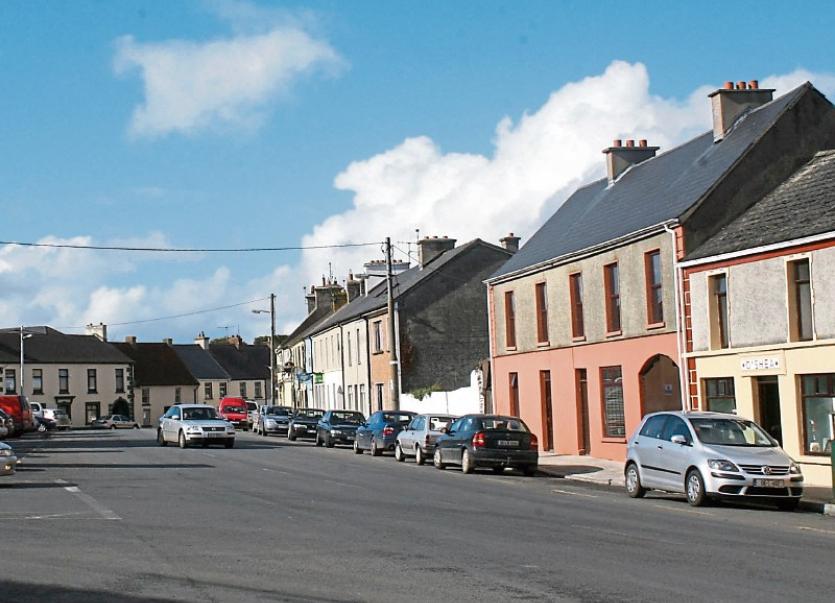 Dromcollogher Community Council is working in conjunction with Limerick City and County Council to prepare a Town Enhancement Plan.

DROMCOLLOGHER, the home of the Irish co-operative movement, is about to embark on a new phase of its development.

And to guide the town into the future, the Dromcollogher Community Council is working in conjunction with Limerick City and County Council to prepare a Town Enhancement Plan.

A public consultation on this plan opens this Friday in Dromcollogher Hall where people can drop in and make their views known at any time between 2pm and 7pm.

“Essentially this is an open forum,” community council chairman John O’Dell explained. “And we would encourage people to come along and have their say about what they think should be done to enhance the town: what is good in Dromcollogher,  what is not so good, what they would like to see, what are the priorities, what they feel needs to be addressed.”

This information, along with the views of Hazelwood College students who were canvassed earlier this week, will then be fed into a plan which, it is hoped, will act as a blueprint for the town.

“This is now moving quickly, “ Mr O’Dell said. “We met the council just last week and we had a discussion about the plan. It is something we have been looking for for a number of years and they are very supportive.”

When the community council reformed about three years ago and met councillors and officials in the Newcastle West Municipal District, Mr O’Dell explained, they set three priorities: amenities, traffic management and infrastructure.

On the amenities front, an ambitious plan has been drawn up for a  Town Park on an eight acre site at the heart of the community. The plan includes features such as a walk,  a sensory and wild garden and integrated natural playscapes. “This park will provide an amenity for all age groups, from the very young to the more senior members of our community,” Mr O’Dell said.

Central to the success of the project is the agreement by Limerick council which owns the land to lease the site to  the Community Council on a long-term lease for a nominal payment. But the original plan has now been adapted to include additional space for an extension of the town’s graveyard and the plan is currently  with council planners.

Progress has also been made on infrastructure with the upgrading of public lighting and footpaths and repaving of street surfaces.

But a bigger issue of giving a new facelift to the Square and resolving traffic flow and parking issues remain on the agenda, and hopefully will be resolved with the drawing up of the Town Enchancement Plan.

“Dromcollogher is open for business. We have lots going for us,” Mr O’Dell declared. The new plan can only enhance this.

Local councillor Jerome Scanlon said his hope is that the plan would provide a holistic approach to development in the town.