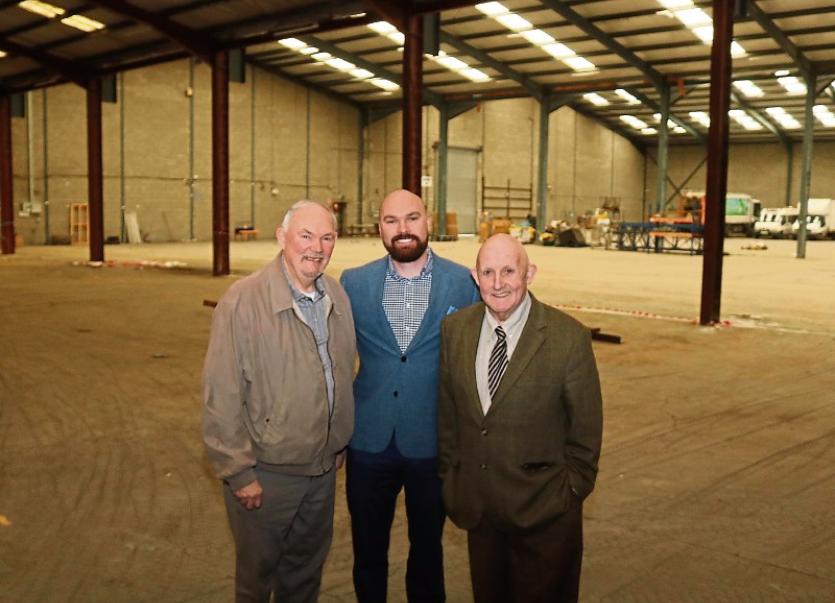 NEW rapid-build homes could cost the buyer up to 10% more than conventional houses, the boss of a company bringing the scheme to Limerick has said.

American company Clenn Construction has opened a base in the Galvone Industrial Estate on the city’s southside, in a move which will lead to 50 jobs initially, growing to potentially 400.

There, workers will assemble and deliver up to four homes a week.

The concept of these ‘rapid-build’ units is popular due to the housing crisis in this country, and a demand on living spaces.

While Clenn Construction’s principal, Patrick C Benn says a house can be in place in as little as 14 days, it will come at a cost.

In an exclusive interview with the Limerick Leader, the businessman said: “In the USA, the products retailed at around 5% to 10% higher than a traditional build house.

“It will be a new product to Ireland, but we hope it will be valued at the same percentage over here.

“Our houses stand-up better than traditional build houses as we use around 35% more lumber and timber in our units. We have more of a structural foundation than a typical timber frame house.”

However, by contrast, Mr Benn explained that they will be saving developers money, as it will mean different tradesmen will not have to keep visiting sites.

“We are not cheaper than any traditional builder, we’re probably the same, if not a little more. Where we can save the builders, contractors and homeowners is time in labour costs over an extended period,” he added.

The homes will be shipped out to development sites 90% complete, with only the roof effectively needing to be fit.

“We can build any home you can think of. The only thing we limit ourselves on is the amount of travel size. So the houses are dictated by the road width – how wide we can make our boxes, how long we can make them. We can build any size house, but it just means multiple boxes, and more putting together in the field,” Mr Benn explained.

He said: “There is a huge housing need, not alone hear in Limerick, but also across Ireland. I’d like to see Clenn working across Ireland. When this gets up and running, I’d love to see Housing Minister Eoghan Murphy down here.”

The jobs on offer will be in the assembly of timber frame housing sections, with the company seeking staff with a range of skills including roofing, tiling, plumbing, as well as groundworks and machine operatives.

Mr Benn feels “the sky is the limit” to how big the company can grow.

“The Housing Minister has a massive problem [in terms of supply].. We are the solution. We can deliver the product, we have done it before. We just need the orders to come i now,” he said.

It’s hoped from its base in Limerick, Clenn Construction can expand across Europe.

“One of the key central locations is Limerick itself, as you have the port of Foynes, you have Shannon Airport, you have Cork port, the motorway to Dublin, and especially the new motorway to Cork which is going to be a huge piece,” Mr Benn concluded.