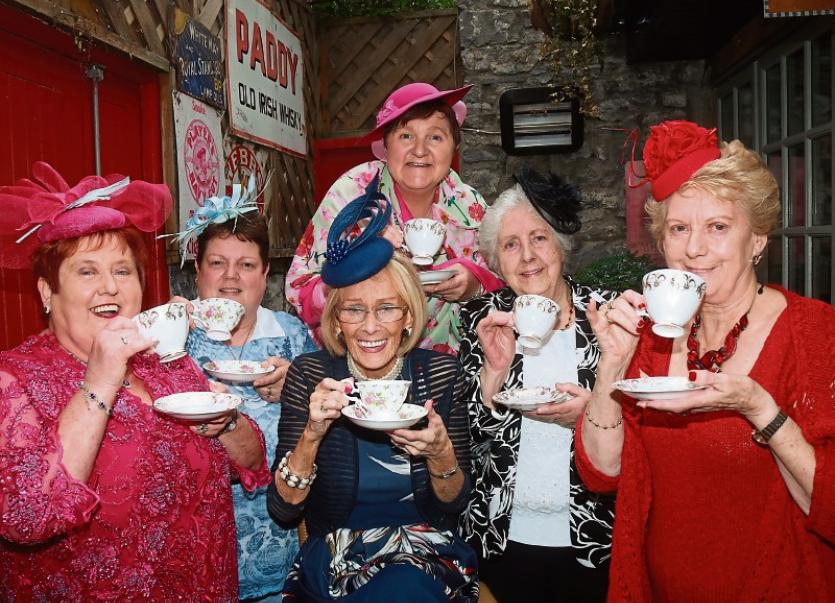 THE WORLD is captivated by the romance of the decade: a beautiful American actress and Britain’s resident cheeky prince.

And as millions around the world wait to watch the royal spectacle this Saturday — the wedding of Prince Harry and Meghan Markle, for those living under a rock — there’ll be many in Limerick also tuning in, with tea in the ‘good china’.

RTÉ is due to broadcast the wedding on television, a decision the broadcaster was forced to defend after a Dublin Sinn Féin councillor, Paul Donnelly, said it was a “disgraceful” waste of taxpayers’ money.

However, the coverage is being provided for free and RTÉ doesn’t have to pay for rights — so it’s really a free afternoon of either entertainment or boredom, depending on what side of the fence you’re on about the royals.

And although it’s a long way, geographically and politically, from Windsor Castle, one group of Limerick ladies are planning to celebrate this weekend’s royal wedding right here in the Treaty City.

The local crew of around 15 women will be arriving in style to Bobby Byrne’s pub for lunch, where they plan to spy on the style and toast the happy couple.

It’s all a bit of craic, said the friends.

“We meet up at Bobby’s every Monday, and we were having a chat about the wedding, and Mary Deegan suggested, ‘let’s all do lunch on the day and dress up’,” said Phil Donnellan.

Mary added: “We said why not go all out — we are getting a big table, white cloth, everything. And the TV will be set up for us, we’ll think we’re there!”

But they don’t really have royal fever, they assure; this is just a good excuse to have a laugh and dress up on a Saturday afternoon.

Meeting ahead of the big day, six of the group showed off their head gear to the Limerick Leader, and even got china cups and saucers out for the occasion.

In a flurry of floral chiffon, jewel-toned beading and feathered pillbox hats, the women gave a taster of what may be to come from some of the royals on Saturday. The style stakes are high at any royal nuptials, and viewers will be keen to see what the extended family members are wearing on the day.

“We’re friends a long time, we all travel to Lourdes together every year with the Diocese. We all know each other either as neighbours or through Lourdes,” said Phil.

According to a poll last month for RTÉ’s Claire Byrne Live by Amarách Research, 57 percent of Irish people said they won’t follow the wedding, while 34 percent said they will, with nine percent not sure.

And although tea might be order of the day for any royal occasion, one suspects that a bottle of bubbly — or two — may be popped open this Saturday in Limerick.