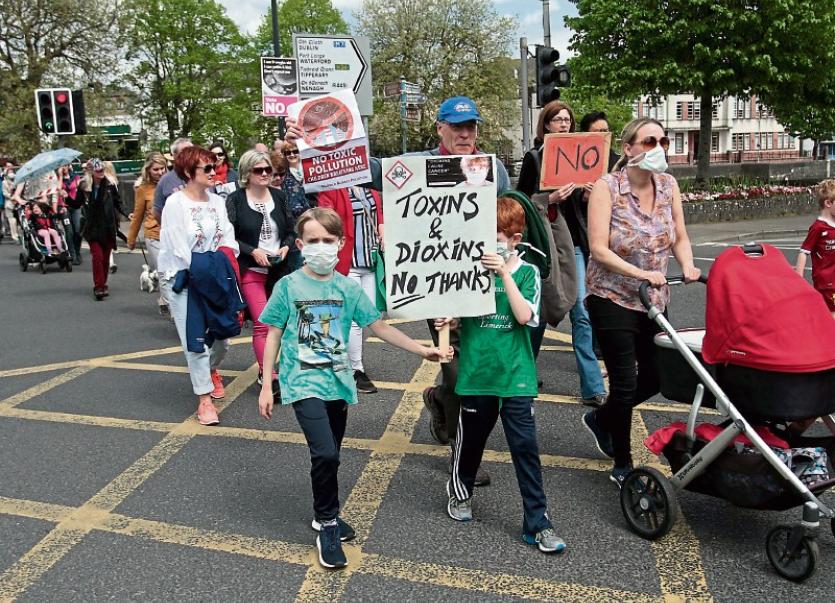 Tadgh Moloney has criticised Limerick Against Pollution (LAP), saying they should not have marched on the People’s Park

A LOCAL historian has criticised Limerick Against Pollution (LAP), saying they should not have marched on the People’s Park.

But Dr Tadhg Moloney, from Gouldavoher, has been accused of “small minded pettiness” by another doctor, Angus Mitchell, LAP, after he claimed the anti-incineration group should not have assembled in the city’s main public park.

He referred to a 500-year lease signed in August 1877, which stipulated the trustees of the People’s Park should not “permit or suffer [any] religious or political assemblage in the said premises”.

“Nor,” it adds, “shall they suffer or allow any noisy or boisterous games to be played, nor any procession to be held in the People’s Park.”

Dr Moloney suggested it might have been more appropriate for any gathering to take place at Pery Square, or on the plaza at Limerick Colbert station. When he raised his concern with a LAP member, he alleged he was labelled a “killjoy”.

“It was a political assembly. Some might say it wasn’t. But there were politicians there. The mayor, a Fianna Fail councillor, was there with chains on,” he said.

But Dr Mitchell hit back, saying: “This is a very important issue and for Tadhg Moloney to start reducing it to a level of pettiness is quite offensive. We put a lot of work into this, we had permission from the gardai. It wasn’t a political assembly, it was a civic assembly. We are the people of Limerick, and we went to the People’s Park.”