President Higgins' visit to Birdhill on Saturday delayed due to funeral 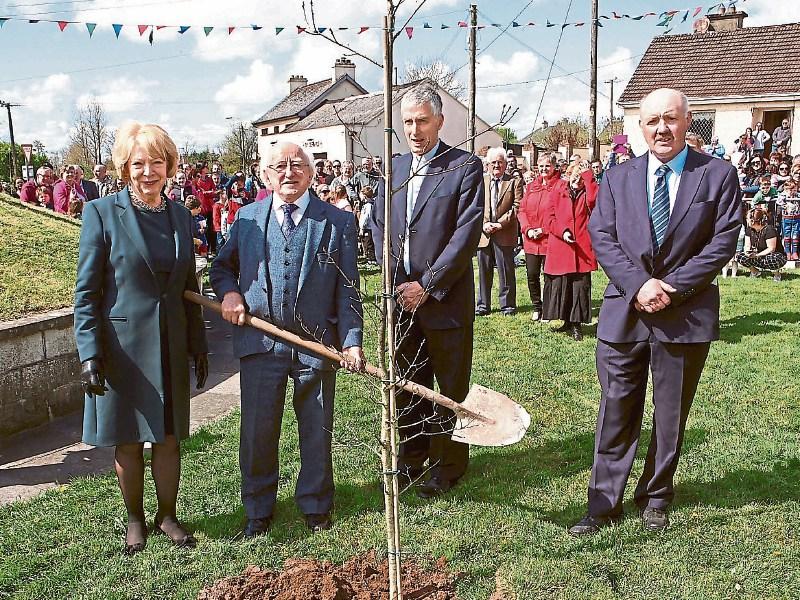 WHEN a group of locals in Birdhill started a Tidy Towns committee over a quarter of a century ago they never thought the President of Ireland would come to see their endeavours.

But that is what is happening this Saturday when President Michael D Higgins sweeps in and the place will be spotless. The village is immaculate 365 days a year but there won’t be a hair out of place on Saturday.

President Higgins was due to arrive at 12.30pm in recognition of Birdhill being named the overall winner in the National Tidy Towns competition 2017. He will now come at 3pm due to a funeral in Dublin. He will address what is expected to be a large gathering, in the local park. A plaque commemorating the community's success in such a prestigious and competitive annual contest will be unveiled.

Chairperson of Birdhill Tidy Towns, Denis Floyd, with a touch of understatement said: “We’ve been fairly busy alright to get things in place. Hopefully we will get a fine day. People are great, there has been a lot of work done in the last couple of weeks. There has been no shortage of help thankfully.

"There has been over 40 helping out at different times and on the day there will be 40 to 50 between stewarding and everything,” said Denis.

The chairperson said it is a huge honour for the Irish President to visit their village.

“There is great excitement. It is great for a small place. There is a real buzz. Everyone is looking forward to the occasion. Hopefully it will be a fine day and go off well,” said Denis.

As well as hearing President Higgins’ address, attendees will be able to enjoy a showcase of local talent, crafts and produce. For those wishing to learn from the best and improve their Tidy Towns score in 2018 there will be guided tours. Refreshments will also be provided.

On Saturday night at 8pm, an evening of song and music will take place in the marquee which will help everyone to relax and unwind after a hectic few weeks, said Denis.

Traffic restrictions will be in place during the visit but ample parking facilities will be available and Denis promises a céad míle fáilte to one and all.