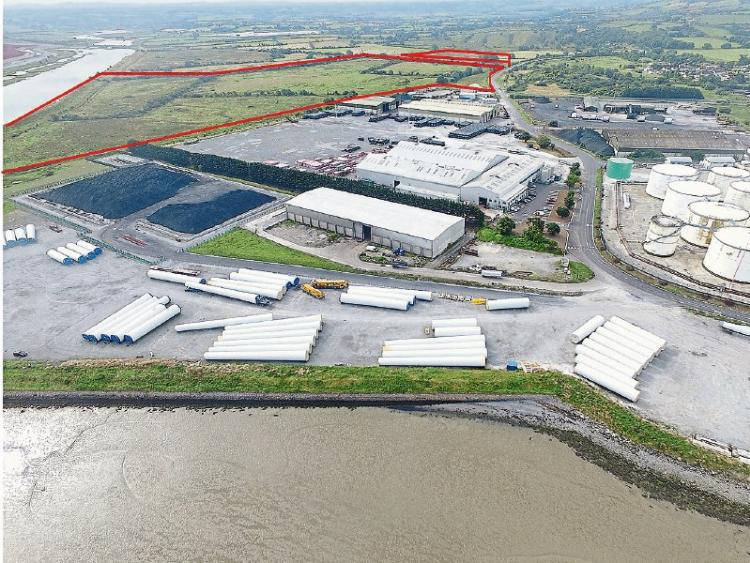 SHANNON Foynes Port Company has announced plans for its biggest ever expansion at Foynes, which will nearly double the size of the existing port area, attracting hundreds of jobs.

In the latest phase of an investment programme launched three years ago, SFPC is to invest over €20m in enabling works to convert 83 acres on the east side of the existing port into a landbank for marine related industry, port-centric logistics and associated infrastructure.

The project, which will be developed on a phased basis over the next five years, will require the biggest infrastructure works programme ever undertaken at the port, with the entire 83 acre landbank having to be raised to all of 4.4 metres. The programme will also require the provision of new internal roads and multiple bridge access as well as roundabout access. It will increase the site's size by over two-thirds.

A planning application for the project, which has the capacity to attract hundreds of new jobs to the historic west Limerick town, has been lodged with An Bord Pleanála.

The same application will also see SFPC seek permission for modifications to its existing jetties and quays, including connecting its two main quays. This will extend the area at the port for mooring of vessels and other port related operations.

The development is in line with the long-term €64m investment programme outlined by SFPC. The expansion of the port is included in the recently published National Planning Framework and Project Ireland 2040, together with the inclusion of the Limerick to Foynes road, which will link the port directly to the national motorway network.

“This planned investment by SFPC is essential if we are to introduce optionality into our existing national supply chain and promote regional balance and development. This investment is fully consistent with the National Development Plan and National Planning Framework and will further establish the port of Foynes as a key national and international freight hub. That in turn unleashes huge potential for the port and the estuary,” said SFPC CEO Pat Keating.

“The estuary is one of the deepest natural water courses in all of Europe but without modern maritime transport infrastructure, its potential would always be limited. Foynes is now recognised at European level as a Ten T Core Corridor port, the highest status it can have in terms of being recognised as a strategic piece of infrastructure. The government has now similarly endorsed the potential we have with its commitments in Project Ireland 2040 and the National Development Plan and we are reciprocating pretty much immediately by this commitment to press ahead with our biggest expansion ever.”

He continued: “Our business is back to peak boom-time levels in terms of tonnages but we are reaching capacity as it is. So this is not a speculative play, it’s an absolute necessity as projected in Vision 2041 and even more so when the five to seven year lead times are factored in. It is a huge logistical project as we will be raising an 83 acre site by 4.4m. That element alone will involve a huge amount of work. It will deliver a very significant economic and employment boost for the Foynes area and wider region in the construction phase but also beyond that in terms of long-term employment.”