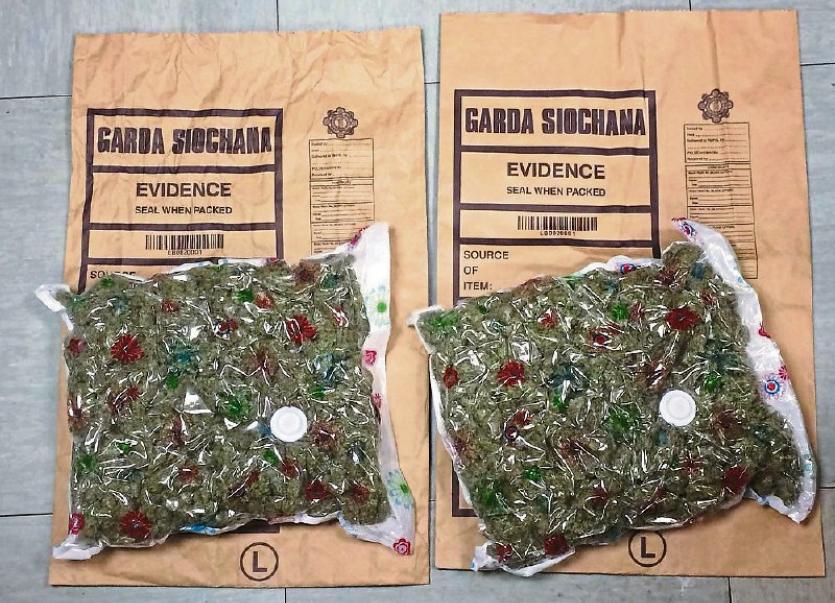 The man was arrested after gardai in Limerick seized €40,000 of suspected cannabis Picture: Garda Press Office

A MAN has been arrested after gardai in Limerick seized €40,000 of cannabis.

Gardai arrested a man in his 30s following the seizure of suspected cannabis. Following a search of a vehicle on Childers Road at around 7pm on Friday, officers attached to the Divisional Drug Unit seized the drugs, which is pending analysis.

One male is currently detained at Henry Street Garda Station under Section 2 of the Criminal Justice (Drug Trafficking) Act 1996.

It is the second significant seizure of suspected cannabis in Limerick in the same period, after gardai seized a large quantity of the drug following a search of a house in Ballincurra Weston, also on Friday.