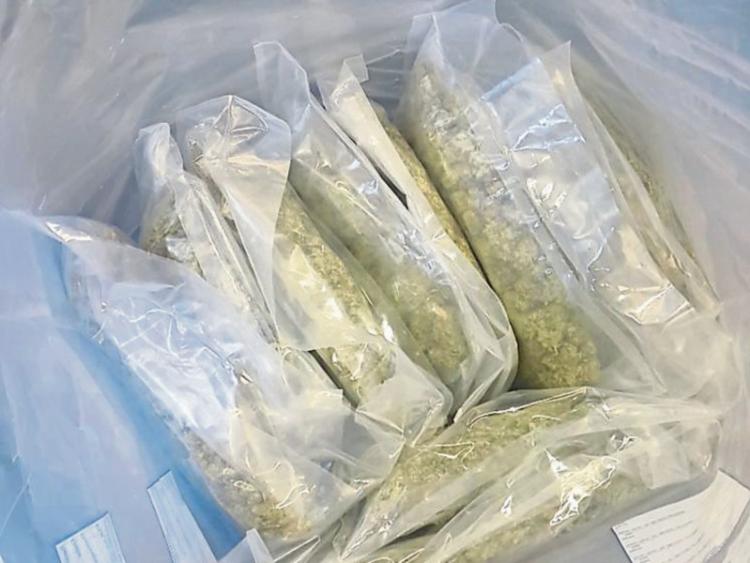 The approximate street value of the total amount of cannabis discovered was €250,000 Picture: Garda Press Office

A LARGE quantity of cannabis herb has been seized by gardai following a search of a house in Limerick.

The house at Ballyclough Avenue, Ballinacurra Weston, was searched on Friday during a follow up operation to an earlier car stop in Ennis, which itself was part of an on going intelligence led operation into drug trafficking in the Clare Division.

Gardai from the Clare Divisional Drug Unit stopped a car at Latoon South, Ennis on Friday evening. During the course of the search of the car gardai discovered a quantity of what they believe to be cannabis herb

The male driver, aged in his 40s, was arrested and taken to Ennis Garda station where he is being detained under the provisions of section 2 of the Criminal Justice(Drug Trafficking) Act 1996 as amended.

During the course of the follow up search of the house in Limerick city, gardai discovered a large quantity of cannabis herb.

Gardai said the approximate street value of the total amount of cannabis discovered was €250,000, subject to analysis.