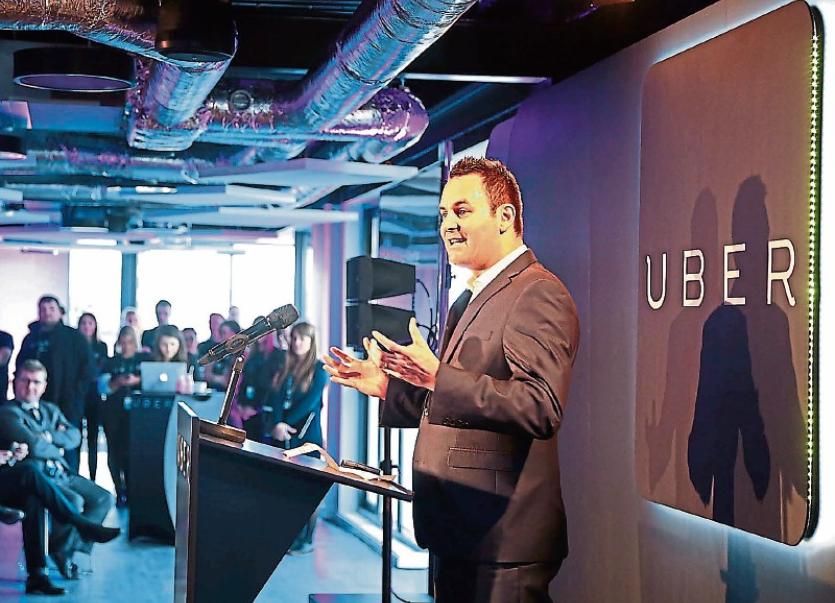 Kieran Harte, Ireland country manager, Uber, at the launch of the company's operation in Limerick

RIDE-sharing company Uber has confirmed it is to expand its operation in Limerick, in a move which sources say could bring 150 new jobs, the Limerick Leader can reveal.

The online on-demand car service is understood to be taking extra space in the Thomas Street centre it moved into back in 2015.

The firm currently has around 400 people on its books at Limerick’s centre of excellence, which came as part of a €4m investment here.

Now, in a statement released to the Limerick Leader, Kieran Harte, the firm’s manager in Ireland, has confirmed more growth is on the way at what was Uber’s first centre outside of the United States.

“The centre of excellence is a vital part of our business providing world class support for everyone who uses the Uber app. As our business has grown, so has the need for additional support, so we’re delighted to be expanding further in Limerick,” Mr Harte said.

Uber is a technology platform which allows drivers to offer journeys in their cars using a smartphone app.

Although it’s already in use in 329 cities across 59 countries, its progress in bringing the service to these shores has stalled due to issues with the taxi regulator.

Over in London, the mayor of Britain’s capital has sought to outlaw the use of the service there, something the company is currently challenging.

In Limerick, Uber employs customer service staff for its markets in Europe, the Middle East and Asia.

There are also roles in management and process engineering at the multi-storey building at the junction of Catherine Street and Thomas Street.

When the firm initially announced plans to open here in the summer of 2015, it projected recruitment of 300 staff.

Then Finance Minister Michael Noonan announced later the company had decided to up that to 400. Now, it seems upwards of 650 employees are likely to be working at the site in Limerick city in due course.