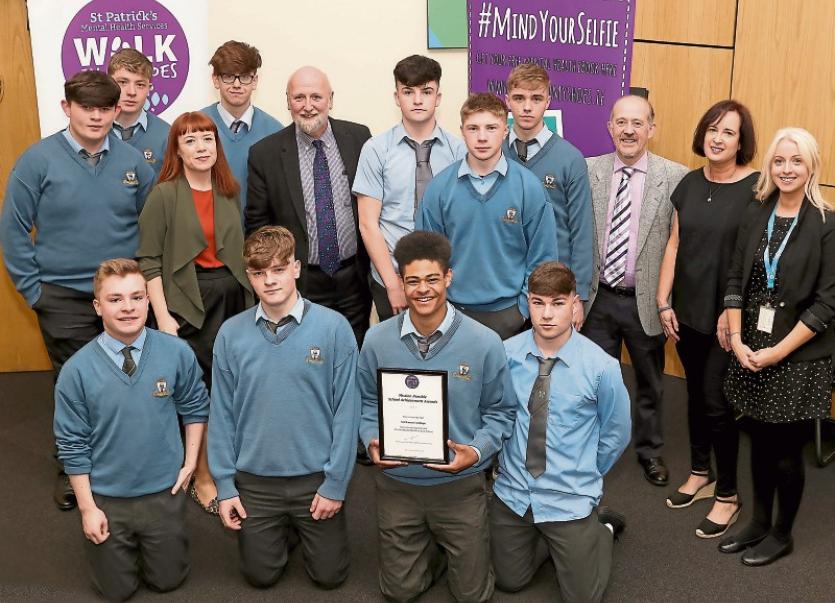 ITS Mission Possible for St Clement’s College as students receive an award for their project tackling stigma surrounding mental health by giving students space to explore their struggles through creative arts.

Transition Year Students from St. Clement’s College in Limerick City along with their teachers  Roisin Cleary and Gillian Shinnors received an award from St. Patrick’s Mental Health Service in Dublin for their participation in the Mission Possible project.

St Patrick’s Mental Health Services is Ireland’s largest, independent, not-for-profit mental health service. A number of the students have now formed a school band and rap group, and a number of students are now attending regular workshops in Music Generation.

The St Clement’s students focused their project on the development of supportive and safe spaces within school communities to allow students to connect with each other, express themselves and potentially open up about mental health and issues.

St Clement’s project focussed on the use of creative writing, lyrics, music and art as a vehicle to empower students to express their emotions and connect with their peers through collaborative performances.

Students linked with Music Generation on Cecil Street and recorded raps songs and attended a workshop.

“There were numerous outcomes from our project, but without a doubt the most important outcome was the positivity that the project generated by among the boys,” the students said.