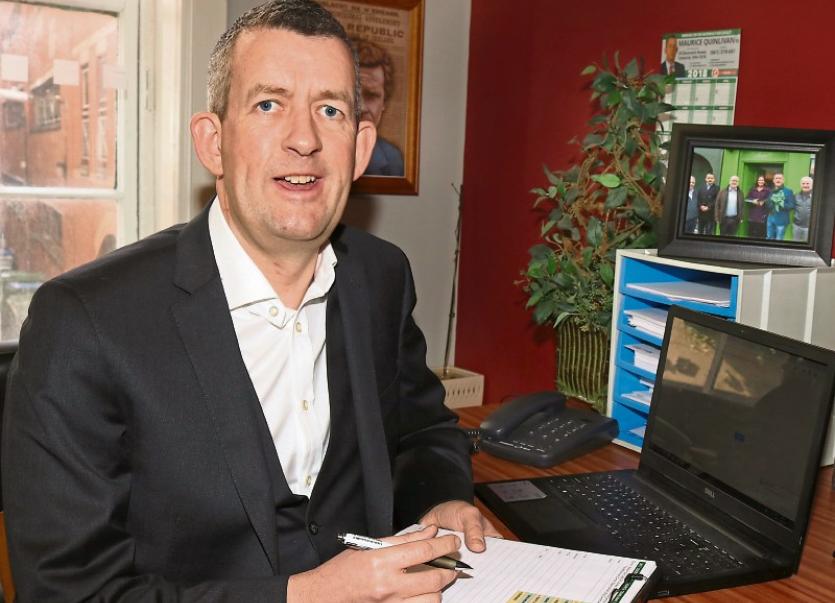 It comes as new data reveals rents in Limerick City have jumped by 17% in the past year.

Mr Quinlivan said the latest figures – which put the average tenant rate at €1,044 – represents “a continued win for landlords and continued hammering of renters.

“Each time these reports are published, I think the government will have to act now to control this ridiculous spiral. Each time I’m left sorely disappointed by their inaction,” he said, “Quite simply, this is ridiculous. Rents have now increased nationally by 70% since 2011. Renters cannot sustain this.”

He believes vulure funds are the winners in this, having purchased huge swathes of Ireland’s private property portfolio at the bottom of the market.

“And now they are now squeezing every red cent they can get from ordinary people, who simply cannot afford it. It is scandalous, and Fine Gael is allowing this to happen,” Mr Quinlivan said.

He said it is “bizarre” Limerick is not in a Rent Pressure Zone area, which would at least limit the rise to 4% for tenants, and he called on local Fine Gael politicians to explain this.

“The number of people homeless now stands at almost 10,000, and unaffordable rents are a contributing factor pushing more people into homelessness,” he concluded.