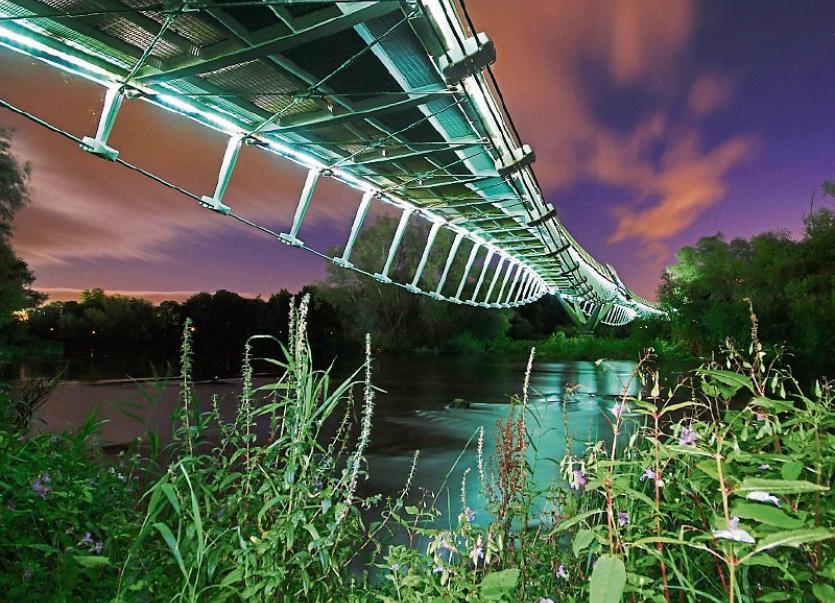 The Living Bridge at UL is one of the structures which is to ‘go green’ PICTURE: CATHERINE WALSH

IT may be 10 months until St Patrick’s Day, but buildings across Limerick are set to turn green this month for an altogether different cause.

For the sixth year in a row, SeeChange, the national mental health stigma reduction organisation is holding its annual Green Ribbon campaign.

It’s bid is to end the stigma around mental health, and provide a safe space in which people can express how they are feeling.

Amanda Clifford, the founder of the ABC for Mental Health charity, says a number of clubs and shops have agreed to light up green for the month, including Na Piarsaigh, Shannon Rugby Club and UL Bohs Rugby Club.

The Hunt Museum and King John’s Castle will also turn the colour, she added.

“Green means change, green means hope. And that’s what this week is all about. It is about challenging mental health stigma one conversation at a time and creating a safe environment. In other words, that you can feel okay to say to someone else that you're not feeling well,” she said.

A number of events are being organised throughout the month based on this theme.

“Unless we stop judging people, no-one is going to feel safe to open up and talk. When we say mental health, people always think it's bad. What makes you sad, what makes you happy, what makes you angry, and being able to express that.

“Mental health is about coping with every day lives up and downs. We must stop portraying it as a positive or negative: it’s who we are.”

Gerard Garrett, who has volunteered giving out green ribbons with SeeChange since the campaign’s inception, said: “Green ribbons enable me to wear a visual cue to stand in solidarity with those in distress. When I see them around, it feels safer to have a conversation about mental health.”