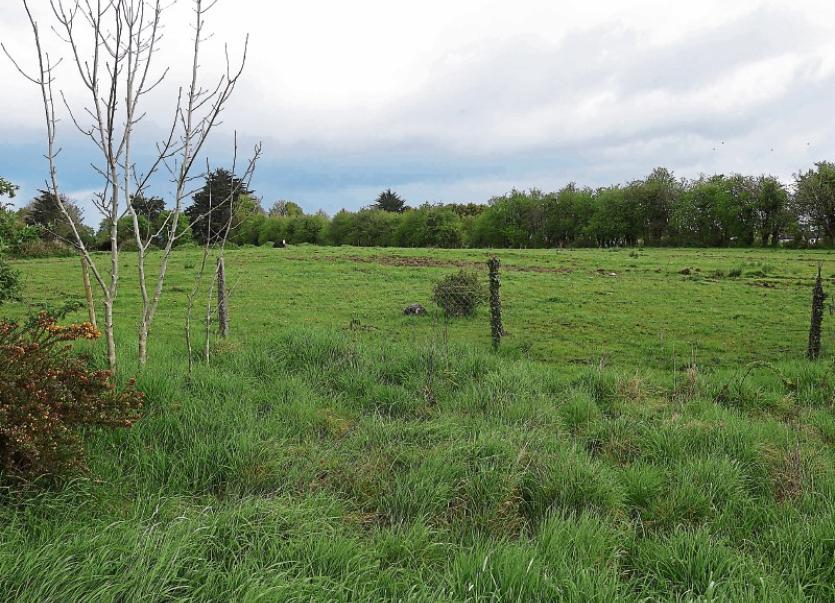 The site of the proposed housing development Picture: Michael Cowhey

CONTROVERSIAL new plans for the northside of Limerick could see a second junction added to the Condell Road, as well as the construction of 110 new houses.

Eoin Ryan, the statutory receiver to the previous owners of the land, Doublejig Ltd, is seeking planning permission to construct 88 houses and 22 apartments on a greenfield site to the side of the road.

But the proposals have proven contentious in the area, with 15 residents objecting to the proposals, citing fears over anti-social behaviour, traffic “chaos” on what is already a major artery into the city, and the impact on the environment, with the side lying close to the Westfields Wetlands.

Documents presented to Limerick City and County Council planners originally outlined proposals for 102 units in the area – but following a request for further information from the authority, Mr Ryan returned with eight additional living spaces.

As part of the plan, a link will be built from the site to the Condell Road, providing vehicle access.

But Jim Duignan, one of the objectors, said it will only serve to “exacerbate” current traffic issues.”

I think it will cause chaos, especially in the morning and evening rush hours. At times, the traffic can back up beyond the Clonmacken roundabout, towards the Coonagh roundabout,” he said.

Mr Duignan also pointed out that the development provides for pedestrianised roads to link the development site to the Old Clonmacken Road, something he fears could bring about an increase in anti-social behaviour.

He added: “We have already had issues with anti-social behaviour on the roads.

“Now they are talking about having two pedestrianised access points to the development behind us in addition to the vehicular access they’re proposing for towards the Condell Road.”

What the residents would like to see instead is the preservation of the old country road, and alternative access points on the side of the Jetland Shopping Centre, which is parallel to the Condell Road.

In documents presented to council, Gary Rowan, HRA planning confirmed that should the plan get the go-ahead, 10 of the units built would be made available for social housing.

He also predicted that the plan would bring about an approximate population increase of 310 people.

Cllr Michael Hourigan, who is meeting residents in the area said: “You cannot interfere with the quality of life of other people. We need to be careful. I’d be aware that area is protected under EU environmental legislation too.”

In his submission, he said: “As urban sites go, this is remote and poorly served in terms of safe and acceptable footways and cycleways.”

He said it’s “essentially legacy land” from the Celtic Tiger era being pushed by a receiver”.

Limerick council is expected to make a decision on the plan next week.