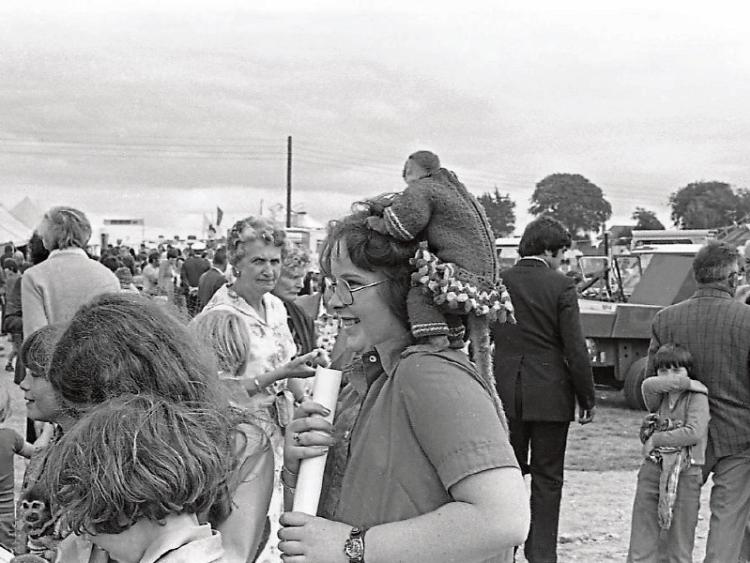 JOHN Goggin, the man with the silver teeth and a monkey, was the local protagonist of many very strange and intriguing stories that graced the pages of the Limerick newspapers in the mid-nineteenth century.

In 1823, John Goggin entered the catering business, a business he would carry out the rest of his life. He began working in this trade after marrying Catherine McNamara that year. Catherine was about ten years his senior and had built herself a confectionary and catering business on George Street (O’Connell Street).

The following year, 1824, while the couple began expanding their family John took over the running of the business fulltime. The shop stocked a large range of goods from liqueurs, lozenges, foreign and exotic fruits for example oranges, pickles and wines.

On November 29, 1850, the Chronicle recorded the details of his catering at that year’s military ball held in the Theatre Royal, Henry Street.

“The drop scene of the stage, which, up to half past one o’clock concealed from view the magnificent banquet hall prepared behind, was raised, the bands played the national anthem, and a more dazzling and imposing spectacle could not be imagined – so much so that for some minutes all gazed in wonderment, conceiving the sudden change was not a reality.

"To the indefatigable zeal and assiduity of Mr John Goggin, the unrivalled connoisseur and favourite city caterer, the promoters of this grand entertainment are indebted for its successful issue, as the supper served up surpassed in style ad grandeur the numberless banquets heretofore supplied by Mr Goggin, and gave general satisfaction. It would be difficult to describe the many exquisite designs of delicious Tower Cakes, which ornamented the tables”.

As these sweet treats arrived from all over the world into Goggin’s store it is, possible that John took a little taste of each. We know that whether it was down to a sweet tooth or old age, John, by 1863 had acquired full set of dentures, made entirely of silver.

It is strange to think that we would know of the oral hygiene of a Limerick man who was born over 200 years ago but in July 1863, these teeth took centre stage in a court case.

At some unrecorded date in July 1863, twenty nine year old Mary Shaughnessy a career criminal on her twenty-fifth conviction stole Goggin’s silver teeth. It was not reported how Shaughnessy got her hands on the teeth but it is known that she passed them to twelve-year-old Margaret Grady.

Shaughnessy was quickly found guilty and sentenced to three months in prison at hard labour. While young Margaret Grady, the court decided, knowingly handled stolen goods was sentenced 14 days. She was then transferred to St. Joseph’s Reformatory School in Dublin for a further five years.

Around the same time as this trial was going on Goggin was given an unusual gift from a friend. This gift was a monkey. Goggin, quickly took to this monkey and it became his favourite pet, much to the dismayed of his pet dog.

In December 1863, the tension between the monkey and the dog came to a head when one day the monkey went into a room where the dog was resting. The pair began to fight and Goggin tried to separate them. While he was between them, the monkey bit him on the hand.

The cure all at the time was sodium hydroxide. This was immediately applied to the wound, which was located on the joints last two fingers of his right hand. The sodium hydroxide burned way the damaged flesh this was thought to be a good sign, as although it remained open it was not infected.

Despite this a few days later Goggin began to feel unwell. As he was well connected the leading doctors in Limerick came to his bedside. Sadly, he lived in an age before antibiotics were used in medicine, he took a turn for the worse, and he died at his home on 29 George Street.

Although it was not stated in the press and civic death certificates did not come into Ireland until the following month it is probably that he was infected with hydrophobia (rabies). The monkey was deemed infected after it killed both the family dog and cat.

The Chronicle wrote of his death on December 22, 1863, “our obituary of this evening records the death of Mr John Goggin, confectioner, George’s street, which unexpected even occurred on Sunday morning, after a brief illness, resulting from the bite of a pet monkey, on the joints of the last fingers of the right hand.

"Mr Goggin was well known and highly esteemed in the first circles, where as a public caterer of repute and standing, his professional capabilities afforded the greatest satisfaction; whilst in the domestic and social ranks of life he was much respected for his affable and enlivening disposition and kind manner.”

It was not uncommon for people to lose track of the ages of their loved ones in the nineteenth century as all of those over the age of twenty-one were considered an adult of equal measure.

This was the case with John Goggin, as his headstone in St. John’s Churchyard, John Square, gives him the age of fifty-two which if it were true he would have married at the very tender age of twelve. Only three weeks after John’s death, his with Catherine Goggin also passed away, aged sixty-nine according to the same headstone, although her civil death certificate recorded her as sixty-eight.

Today the threat of rabies is nonexistence in Ireland due to the provisions set out in the 1890s which caused rabies to be eradicated from the country by 1902. In 1895, there were 771 animals reported as infected with rabies, 567 of these being dogs.

In 1895, the government established the Disease of Animals Act to prevent the further spread of rabies throughout Ireland. This act required that all dogs required a licence; strict fines were imposed on those who did not comply. In public places, all dogs required the muzzling. All animals who were suspected of being exposed to rabies were put into isolation.

While stray animals were put down. These rules seem extreme by today’s standard but they produced the desired result in Ireland, the eradication of rabies.