Darragh’s Day: Hundreds turn out for tractor run in memory of Limerick boy 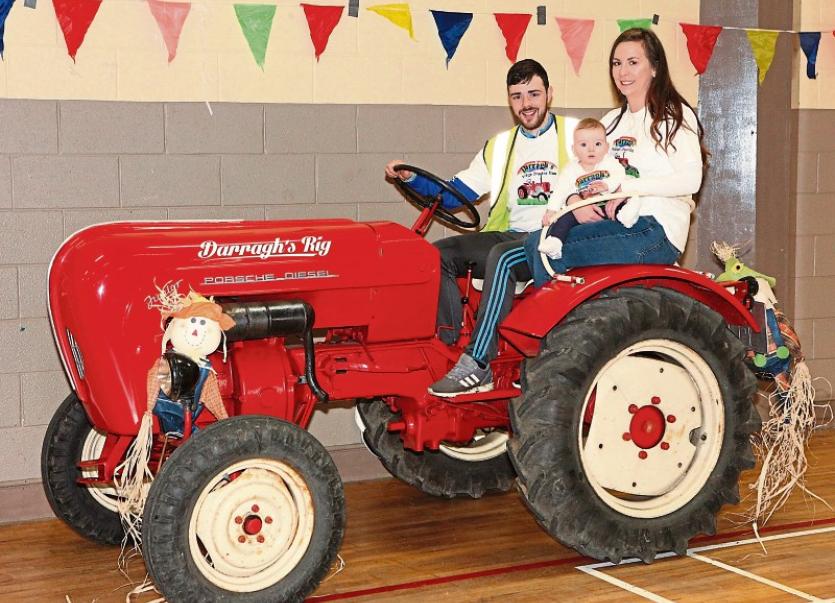 THE organisers of Darragh’s Day in Limerick could hold it on January 1 and they would still be guaranteed blue skies and warm weather.

The sun shone down on Sunday’s vintage tractor run and family fun day in Doon like it has for the two previous events in 2015 and 2016. There wasn’t a cloud in the sky to block Darragh O’Brien seeing all the activities from heaven.

The two-year-old, who tragically passed away suddenly in 2014, inspired the day from his love of agricultural machinery. His heartbroken mum and dad - Patrice and Donnacha – organised the first tractor run and family fun day in 2015 to celebrate their beautiful son’s life.

The whole community of Doon and surrounding parishes bought into the day and it is now a fixture on the calendar.

Close to 100 vintage tractors left  Doon GAA grounds at noon  for  a 20km round trip. Fittingly, it was led by Donnacha.

“It was great to have so many. The local vintage club – the Irish Rovers – were brilliant and Seamus O’Grady fed everybody when they came back,” said Patrice. As many of the vehicles don’t have cabs they are not ideal for wet days.

But instead of needing umbrellas for the rain, they could have used them for the sun!

“We were so lucky with the weather. The forecast  was that it was going to be horrible,” said Patrice, who remained at the family fun day. There was  a host of fun-filled activities  including bouncy castles, face painting, sumo suits, zorb soccer, pedal tricycles, bake sales and much more.

“We had a massive crowd. I wasn’t expecting it because we didn’t run it last year. I was shocked by the crowd we got – it was great. There was lots of different events and matches on and everybody was happy,” said Patrice.

It was the first Darragh’s Day for a very special person, Fiadh – the beautiful seven-month-old daughter of Donnacha and Patrice.

“She was out from 8am. She was there for the whole day long. Everybody wanted to hold her.

“It was great. She was so good. She really enjoyed it,” said Patrice.

It is still too early to finalise the sum as all the money hasn’t been counted but they hope to present two cheques totaling thousands of euros in the coming weeks.

All funds will go to  Bumbleance - the children’s national ambulance service  and Sunflowers Montessori / Preschool in Doon.

“We wanted to stay with children’s charities and that was the one that popped up.

“What they do is incredible. And Darragh would have been going to Sunflowers,” said Patrice, who wished to thank everybody who helped out and supported the event.

In future Darragh’s Days, Fiadh will see how much loved her elder brother is.