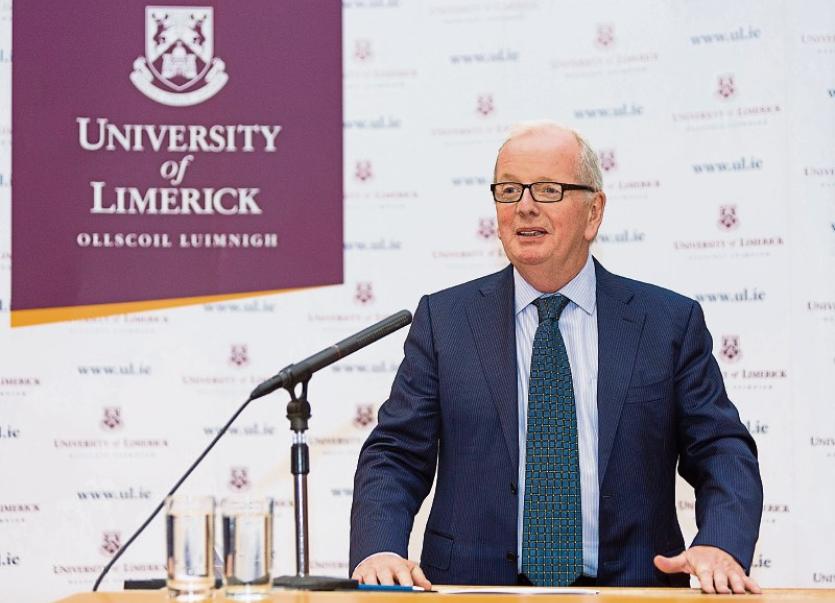 THE PRESIDENT of the University of Limerick has warned that he has done all he can do to address issues raised during ongoing mediation, “notwithstanding the fact that not everyone may be satisfied with the final outcome”.

A mediation process, led by the former head of the Labour Relations Commission Kieran Mulvey, is currently underway for “those who have grievances” with the university, according to Dr Des Fitzgerald.

“I am bound by confidentiality, so I cannot provide details on the mediation, but I want to emphasise to you that I have done all I can to address the issues, notwithstanding the fact that not everyone may be satisfied with the final outcome,” Dr Fitzgerald said, in a letter to mark his one year anniversary since joining UL.

The university recently settled with whistleblower Leona O’Callaghan, a former member of the UL finance department who said her position became untenable after she questioned expenses filed by senior UL staff, after discussions with Mr Mulvey.

It is understood that Persons B and C, who were suspended from their jobs in the finance department for more than two years and remain in dispute with UL over their treatment, have also met with Mr Mulvey.

Dr Niall Cahill, the medical director of the Student Health Centre at UL from 2000-2015, previously told the Limerick Leader that High Court defamation proceedings would be filed against UL after the mediation process ended in failure in April.

In his letter, Dr Fitzgerald also acknowledges that a year  has passed since he first wrote to the Department of Education requesting an independent review of the university, which went on to become the Thorn Reports.

“Since the publication of these and other reviews, I have put in place more streamlined management and governance structures.

“These past 12 months have certainly presented some challenges but the overriding mission of advancing an exceptional academic reputation for the University of Limerick remains my singular focus as president.”

Meanwhile, High Court proceedings against UL for personal damages have been initiated by a lecturer who was awarded  €150,000 from the university  in a confidential settlement after he was  accused of inappropriately touching students.

The lecturer told The Irish Mail on Sunday that he rejects all accusations in the strongest possible terms.