Limerick to receive €57.4m in first round of flood relief investment programme 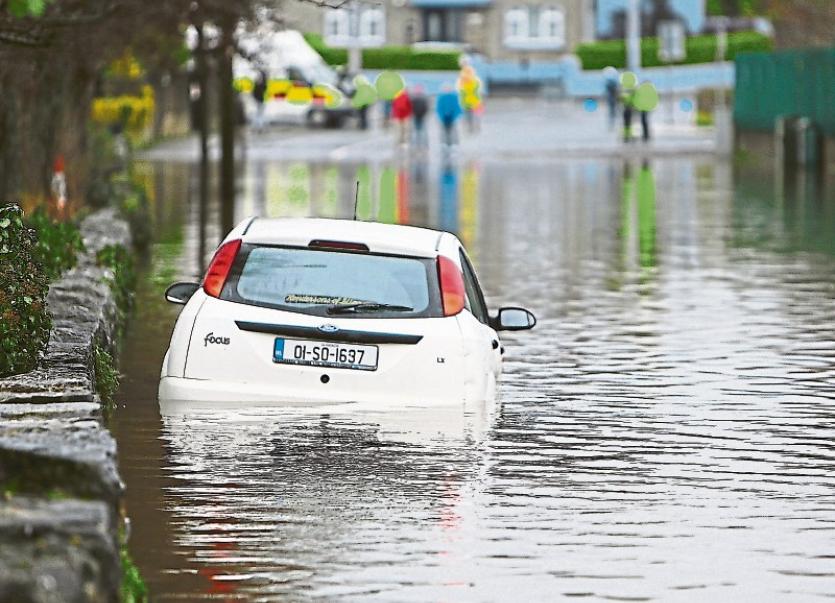 Flooding in Corbally in 2015: Funding for flood relief measures has been announced by government this Thursday Picture: Press 22

LIMERICK city and three communities in the county are set to benefit from a €1bn flood relief programme announced by the government this Thursday.

The Limerick City and Environs Scheme has been included in the first round of €257m funding under the ten year programme. It falls into the category of schemes over €15m and is worth around €56m.

The three schemes in the county are Rathkeale, Castleconnell and Athea and are more modest, and are likely to cost less than €1m.

All schemes will now move to the design and construction stage.

It is understood that other projects in Limerick will benefit in the next round.

The first tranche of €257m in funding for 50 new flood relief schemes nationally to proceed to detailed design and construction phase was announced in Athlone by An Taoiseach Leo Varadkar and Minister Kevin ‘Boxer’ Moran.

The Flood Risk Management Plans published allows the Government to build on significant investment on previous flood defence schemes around the country.

These schemes successfully provide protection to 9,500 properties and the economic benefit to the State in damage and losses avoided are estimated at €1.9bn.

Minister of State for Finance, Public Expenditure and Reform, Patrick O’Donovan, has welcomed the announcement as “great news for people in County Limerick and in particular for the communities in Athea and Rathkeale.

“I’m delighted to see the Government have listened to the people here in County Limerick. This investment in our community will benefit our communities for decades to come,” he said.

His colleague in the city, Senator Maria Byrne, also welcomed the investment, noting: “We all know that flooding can have an appalling impact on our families, through these state of the art flood defences we will be able to give people some piece of mind.”

Fellow Senator Kieran O’Donnell said that Limerick will benefit to the tune of €57.4m in the funding announced today.

A new website, www.floodinfo.ie has been launched where people can view the community risk and measures in place, underway and now proposed to tackle flood risk in these 300 areas, and nationally.

Taoiseach Leo Varadkar said: “Flooding can have a devastating impact on families, communities and businesses. If your home or business is badly damaged or destroyed by flooding, the emotional and financial impact is immense.  It also has a huge cost to the economy.”