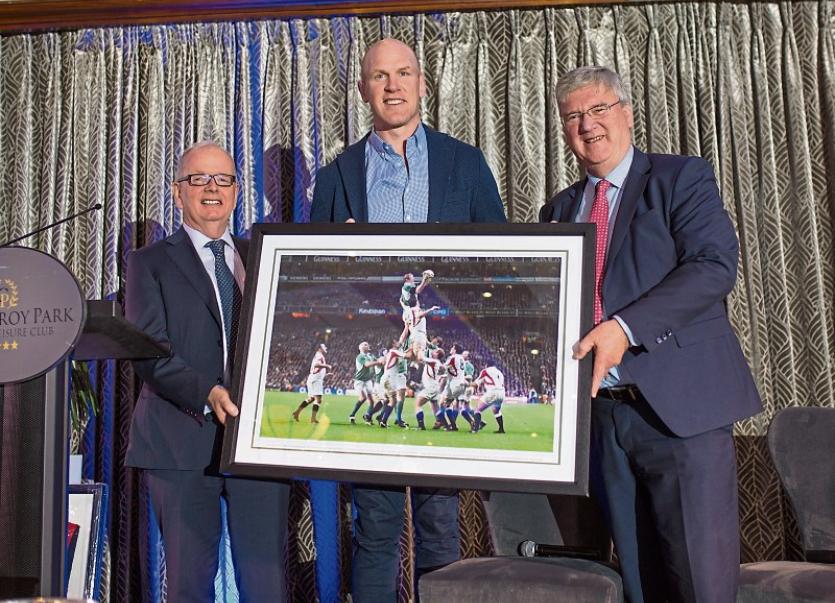 SUPERMAC’S supremo Pat McDonagh says a new branch of the fast food restaurant is on the way to Limerick.

There are already seven branches of the chain across the city – and speaking this week, Mr McDonagh, who also owns the Castletroy Park Hotel - confirmed an eighth is on the way to the city area in a move which could bring up to 60 new jobs.

“We have plans which are too early to say exactly where, for another unit,” he confirmed. “But we also need to renovate one or two more which are there for a while.”

The Galway-man was speaking after a special breakfast event held to raise money for the University of Limerick Wolves GAA side, at which rugby legend Paul O’Connell was guest speaker.

He also said the €6m upgrade to the Castletroy Park Hotel is also well advanced, with hopes that 25 new jobs will be created here.

“Not alone are we expanding the room facilities, but we’re also developing and investing in the leisure facilities and conference rooms, so we’re optimistic of making this future,” he said.

“The hotel needed renovation and reinvestment and this is what we’re doing to bring it up to the level of the current requirements of the business and the needs of the general public,” he added.

It’s anticipated the 24 new rooms at the hotel will be ready by August.

Separately, at the business breakfast – which was attended by 350 people – Mr McDonagh announced a two-year extension to his hotel’s deal to sponsor the UL Wolves side, which has won the Fitzgibbon Cup, the Ashbourne Cup, the Sigerson Cup and the Freshers Cup across the last five years.

He said: “It’s been a great sponsorship for both parties. It’s a win-win for both sides. When you have people involved in the GAA at UL and they’re so professional, it’s an easy one to do. UL GAA and UL Sports is now the leading third level institution in sports.”

Meanwhile, the former Munster captain Paul O’Connell revealed that he has never once remembered a half-time team talk from his playing days.

“I’ve never walked onto the pitch with any of the advice I’ve received at half time. You’re banjaxed, tired, you’re under pressure, and you get about 15 messages from three different coaches. One of the things I try and do at half time is give the players as little information as possible,” said O’Connell, who has just taken up a role with the Ireland under-20 rugby side.

Asked if he could see a time when he would be coach of the province he served with such distinction, he laughed: “I wish I knew the answer! I coach Bohs under-8s on a Sunday morning which is great fun.”

Also speaking at the event was Dave Mahedy, the manager of the UL Sports Arena.